International
via Hong Kong Department of Agriculture, Fisheries, and Conservation 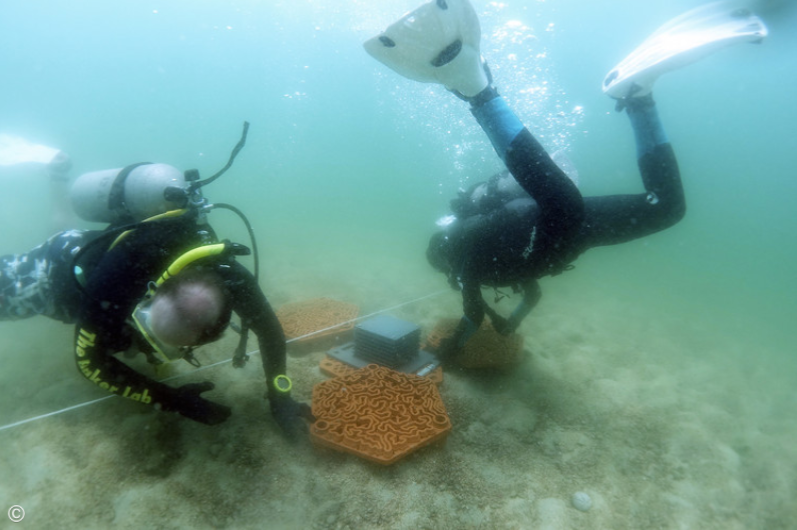 Corals are fundamental to marine life.

Sometimes called tropical sea forests, they form some of the most diverse ecosystems on Earth. They serve as a refuge, breeding, and feeding area for dozens of species in the sea, and their absence can negatively affect local biodiversity to a tremendous degree. Yet just as humanity pollutes and destroys, it can also remedy and encourage the creation of more life. This is why shipwrecks of old vessels or the sinking of concrete structures for the creation of artificial reefs are frequently reported as providing immense potential. In Hong Kong, researchers have been developing 3D printed structures using organic materials that can lead to the creation of new opportunities under the sea.

Coral reefs have existed for 485 million years and occupy about 284,300 km2, which is equivalent to around half the area of ​​France. They provide shelter for at least 25% of all marine species, including fish, molluscs, worms, crustaceans, sponges, and more. Generally found in warmer, clearer waters, coral reefs around the world are threatened by pollution from domestic sewage, oil spills in the sea, sedimentation, and, primarily, by rising ocean temperatures. This threat has worried environmentalists around the world. In Hong Kong, for example, the Hoi Ha Wan Marine Park holds more than three quarters of the coral species that constitute reefs in the country and is home to more than 120 species of reef-associated fish. However, gradual deterioration by bioerosion over the years, alongside bleaching events and mass mortality between the years 2015 and 2016, have put the local coral community at risk.

In response, a coral restoration research project was created as a collaboration between the Robotic Fabrication Lab, the University of Hong Kong Faculty of Architecture, and the University of Hong Kong Swire Institute of Marine Science. The project was commissioned by the Department of Agriculture, Fisheries, and Conservation (AFCD), and is part of an ongoing management measure for coral restoration in the Hoi Ha Wan Marine Park in Hong Kong. Historically, artificial reefs have been made of polluting materials such as plastic, concrete, or metal. Now, however, there are options for using environmentally friendly materials, such as ceramics and terracotta. The project team from HKU uses 3D printing technology to engineer structures that can be customized for specific locations with different environmental challenges (e.g. sedimentation), thus enhancing the success of the ecological restoration. The team of marine biologists and architects has thus developed a series of 3D printed terracotta reef structures to assist in coral restoration, providing structurally complex substrates in a degraded area.‍