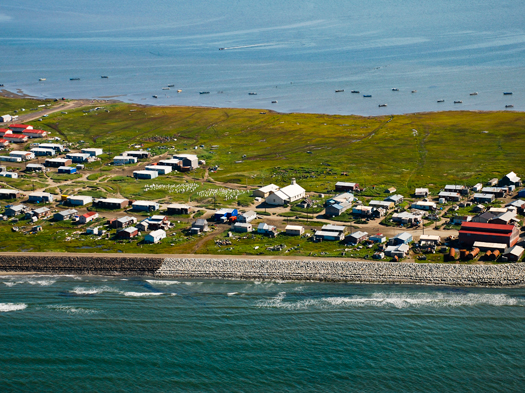 World - Reframing the Language of Retreat

With so many communities facing relocation from a changing climate, reframing “managed retreat” is needed to respect people’s self-determination.

When faced with the looming effects of climate change along coasts—larger storms, rising seas, flooding, and eroding shorelines—arguing to promote linguistic framing of climate change–driven migration may seem like a fool’s errand. Does anyone care what it’s called if hundreds of millions of people globally—up to 13.1 million people in the United States alone [Hauer et al., 2016]—relocate from coastlines en masse before 2100? Should anyone spend time considering how to title the newest report about climate-driven migrations when what are needed are data, analysis, policy changes, and cultural shifts that will safeguard the lives, livelihoods, infrastructure, and economies forced to deal with that migration? Does it really matter whether people are “retreating” or “relocating” when it’s still unclear how to deal realistically with the ocean rising up to 1.8 meters above the ground on which our homes are sitting?

We think it does matter.

Implicit in terms like managed retreat, forced migration, community relocation, and others are assumptions about who is deciding what is appropriate adaptation and how those decisions influence, suggest, or require compliance. How and, especially, by whom these plans are developed will have substantial impacts on affected or relocated people’s lives. These impacts are particularly critical for individuals in marginalized communities in the United States, who will likely endure disproportionate hardship from climate and environmental risks and who have historically suffered under decisions made by people outside their communities.