International
Core samples from the GBR showing fossil record of microbialite structures. via University of Sydney 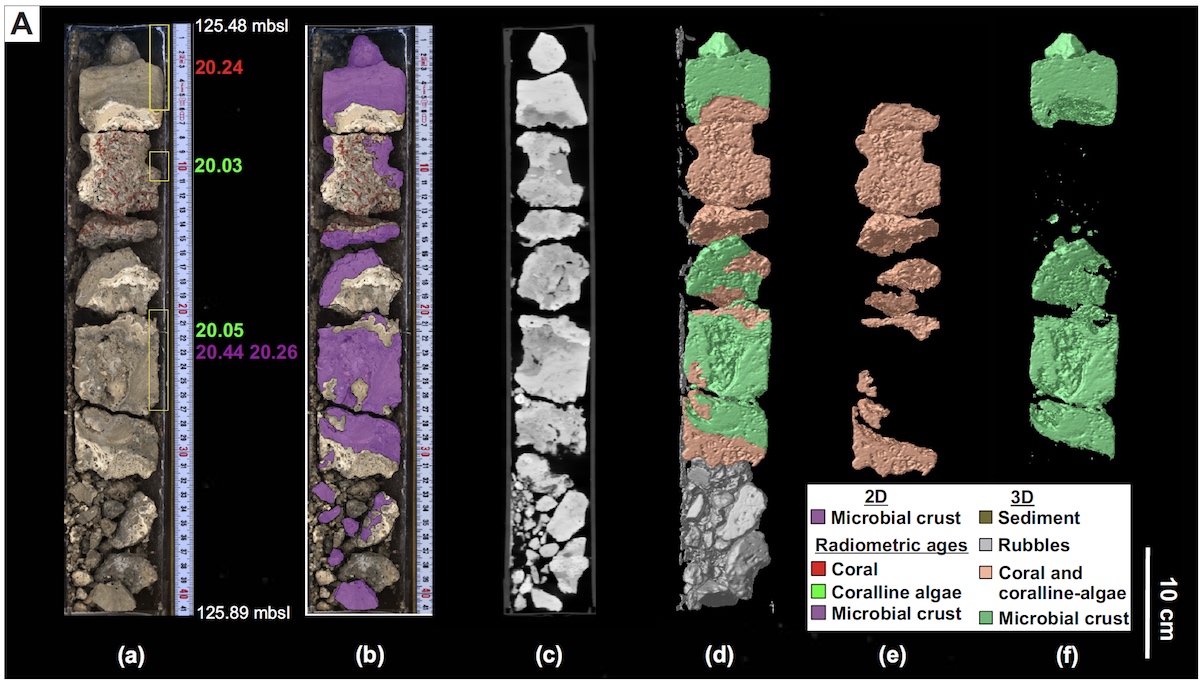 Fossil record shows that vital crusts are getting weaker.

The scaffolds that help hold tropical reefs together are at risk from acidification due to increased carbon dioxide in the world’s oceans, according to a new international study.

Extensive sampling of the fossil record of Australia Great Barrier Reef (GBR) has shown that the calcified scaffolds that help stabilise and bind its structure become thin and weaker as pH levels fall.

Scientists have seen incidental evidence for this in the past, but the new research, led by geoscientist Zsanett Szilagyi from Australia’s University of Sydney, has shown that this is a global process, affecting reefs worldwide.

“For the first time we have comprehensively shown that the thickness of this geologic ‘reef glue’ correlates with changes in ocean pH and dissolved carbon dioxide,” she says.

The thickness of these crusts can now be regarded as a reliable indicator of ocean acidification going back tens if not hundreds of thousands of years, the researchers note in a paper in the journal Marine Geology.

The so-called glue is made up of microbialites – calcified deposits from microbes that exist in reef formations and play an important role in many types of aquatic systems.

In some reef systems, including the GBR, microbialite crusts, likely formed by sulfate-reducing bacteria, stabilise and bind the reef framework, forming a robust scaffold that can be used by corals and other reef builders to colonise and grow.

In the past these crusts have been more abundant than the corals and algae that grow on and around them and display variations in thickness over time, while still performing their structural role.

“This means they are really good indicators of changes in environmental conditions of our oceans,” says Szilagyi’s colleague Jody Webster, who coordinated the study.