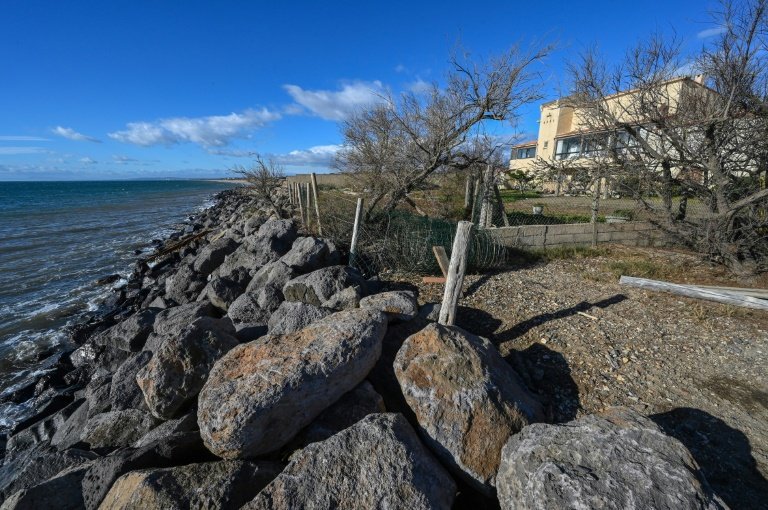 After fleeing to France to escape the Spanish Civil War, Amalia Romero's family eventually managed to build a home on the south coast directly looking out over the Mediterranean.

But today, the sea is gradually gnawing away at their refuge on a coastline that has grown vulnerable to the ravages of climate change.

"It's a harsh fate after we've devoted all our efforts, all our life, to having a roof over our family's head," Romero said.

In 1939, she was among the exodus, or Retirada, of nearly half a million Spaniards who fled dictator General Francisco Franco's forces and crossed the border into France, where many ended up initially in internment camps.

Now aged 94, the cheerful, determined woman, who worked in the fish and agriculture industry, spoke to AFP at her house, built in 1956 at Vias beach, about 300 kilometres (186 miles) north of the Spanish city of Barcelona.

As well as a panoramic vista across the ocean, the veranda off the house's first-floor living room affords views of the Pyrenees.

Her parents, on their release from the French camps, managed to buy this parcel of land, at the time overgrown with vines, and built a new life for themselves.

Back then, Romero said, "the dunes (in front of the house) used to gently slope down towards the sea".

Fishermen had plenty of space on the beach to build shacks, pull their boats onto the sand and spread out their nets, she added, nostalgically recalling her "lost paradise".

Since then, a wide chunk of land has been "eaten by the sea" and the garden now abruptly drops down to the lashing waves.

The sea regularly sweeps away the rock fill, sea walls, bridges and other measures undertaken at a cost of millions of euros (dollars) to artificially recreate the beach.

The widow and mother of four, who now lives alone, says it "took some time" to realise that the Mediterranean was creeping ever closer.