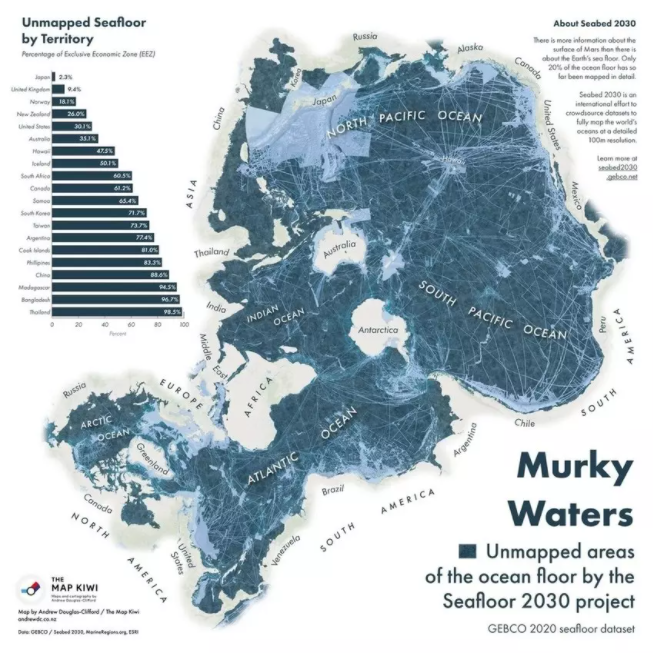 Despite our knowledge of the land we live on and the technology available to us, very little of the ocean floor has actually been mapped in detail.

Which countries are mapping the ocean floor?

Our vast and complex planet is becoming less mysterious with each passing day.

But, despite all of these impressive advances, our collective knowledge of the ocean floor still has some surprising blind spots.

Today’s unique map from cartographer Andrew Douglas-Clifford (aka The Map Kiwi) focuses on ocean territory instead of land, highlighting the vast areas of the ocean floor that remain unmapped. Which countries are exploring their offshore territory, and how much of the ocean floor still remains a mystery to us? Let’s dive in.