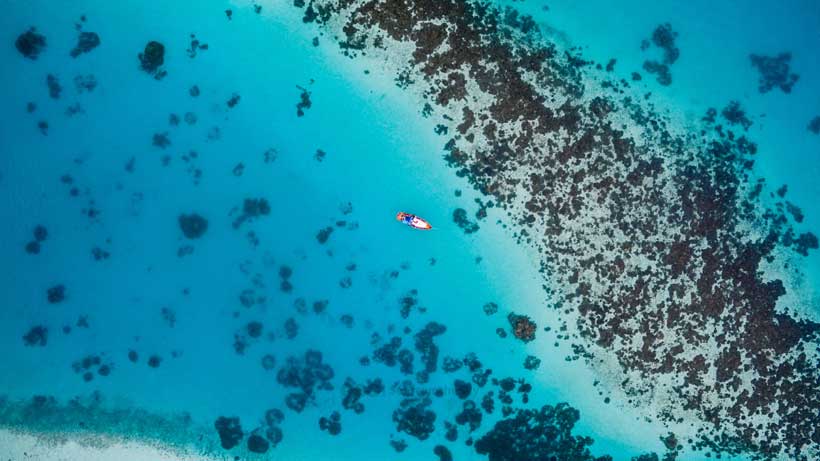 On July 25, 2020, a Japanese cargo ship struck a reef on the southeast coast of Mauritius, leaking tons of oil into coral reefs, pristine turquoise water lagoons and unique ecosystems of the island nation.

The grounded ship split up, releasing more oil in the sea that is home to some of the finest coral reefs and marine protected areas in the world.

The oil spill has the potential of causing devastating and widespread impacts on the country that depends on her seas for food, livelihoods and tourism that accounts for 36% of Mauritius GDP and generates US$4.3 billion annually.

Oil spill threatens the fishing industry as boats and fishing gear may be damaged. In the case of a massive spill, human health may be affected through direct contact, inhalation of the oil or consumption of contaminated seafood.

While the country has declared a state of environmental emergency and disaster response is underway, the situation highlights the vulnerability of marine ecosystems and habitats such as mangroves, seagrasses and corals.

Oil, a complex mixture of many chemicals, can kill corals, depending on species and exposure. Chronic oil toxicity impedes coral reproduction, growth, behavior, and development. The time of year when a spill happens is critical since coral reproduction and early life stages are particularly sensitive to oil.

Efforts are already underway to better protect the underwater world.

Just two months before the Mauritius oil spill; the International Coral Reef Initiative (ICRI), a long-standing partner of the United Nations Environment Programme (UNEP), adopted a Recommendation to safeguard the future of coral reefs. It recognizes the vulnerability of coral reefs to climate change, ocean acidification, land-based pollution such as nutrients and sediments from agriculture, sea-based pollution, overfishing, among other activities.

Corals support a quarter of all marine life, provide at least half a billion people with food security and livelihoods; protect coastlines from damage by buffering shorelines against waves, storms and floods. Estimates indicate coral reefs account for $2.7 trillion per year in ecosystem service value.

The Recommendation, adopted in May 2020, after more than 18 months of work and stakeholder consultations, aims to get coral reefs and related ecosystems prioritized and monitored with rigorous indicators within the Convention on Biological Diversity Post-2020 Global Biodiversity Framework being decided in May of 2021.