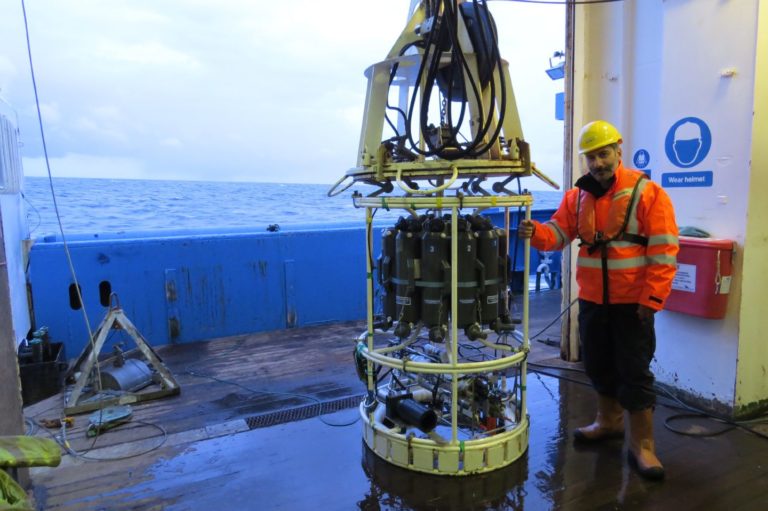 An underwater observatory between Shetland and Faroe has found an abundance of hydrocarbon-eating bacteria that could help deal with future oil spills.

It is the first observatory of its kind in the north-east Atlantic, an area with a high level of oil and gas and shipping activity.

It’s still unknown if the abundance of oil-degrading bacteria is evidence of chronic spillage.

But Tony Gutierrez, of Heriot-Watt University’s school of engineering and physical sciences, said it indicates they are primed and ready to deal with blowouts or pollution from the industrial activity nearby.

Professor Gutierrez said: “Oil-degrading bacteria play a vital role in cleaning up oil spills – we found them strongly enriched during the Deepwater Horizon spill, for example. These types of microbes thrive on oil as a food source.”

Prof Gutierrez and his team monitored the Faroe-Shetland channel’s water over two years, at different depths and locations, to establish a baseline for the microbes when there is no spill.

“Overall, we detected a higher than usual abundance of these bacteria,” Prof Gutierrez said, adding: “They comprised about 15-20% of the total community of microbes, when quite often you find them at less than 1% abundance.

“We’re not sure why this is the case – it could be due to natural seepage of oil from the seafloor, or the release of produced waters from oil rigs.

“Establishing a baseline in these waters is critical so that we can monitor the impact of future spills and the success of any clean-up efforts, as well as other issues such as ocean acidification and ocean warming.”