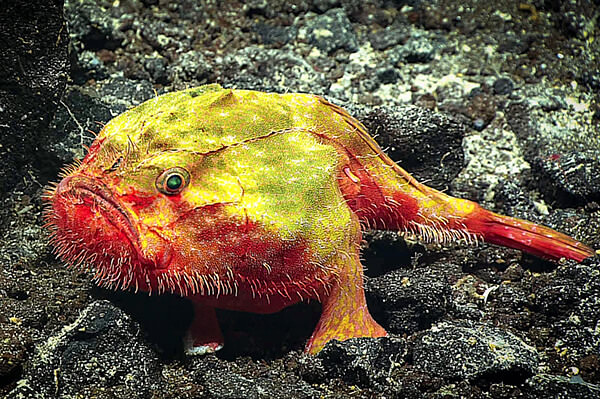 Scientists have taken the temperature of the deep seas and found alarming signs of change: ocean warming is prompting many creatures to migrate fast.

The species that live in the deep and the dark are moving towards the poles at twice to almost four times the speed of surface creatures.

The implication is that – even though conditions in the abyssal plain are far more stable than surface currents – the creatures of the abyss are feeling the heat.

The oceans of the world cover almost three-fourths of the globe and, from surface to seafloor, provide at least 90% of the planet's living space.

And although there has been repeated attention to the health of the waters that define the Blue Planet, it remains immensely difficult to arrive at a consistent, global figure for rates of change in temperature of the planet's largest habitat.

Oceanographers are fond of complaining that humankind knows more about the surface of Mars and Venus than it does about the bedrock and marine sediments at depth.

This may still be true, but repeated studies have confirmed that the ocean floor ecosystem is surprisingly rich, varied and potentially at risk.

Now researchers from Australia, Europe, Japan, South Africa and the Philippines report in the journal Nature Climate Change that although they could not deliver thermometer readings, they had found an indirect measure: the rate at which marine creatures move on because they don't care for their local temperature shifts.

They call this "climate velocity." They had data for 20,000 marine species. And they found that overall, at depths greater than 1000 meters, marine creatures have been on the move much faster than their fellow citizens near the surface, over the second half of the 20th century.

Computer simulations tell an even more alarming story: by the end of this century, creatures in the mesopelagic layer – from 200 meters down to 1000 meters – will be moving away between four and 11 times faster than those at the surface do now.