International
A coral reef in Mafia Island marine park in Tanzania. The study has helped conservationists target resources on the reefs most likely to survive the climate crisis. Photograph: Simon Pierce 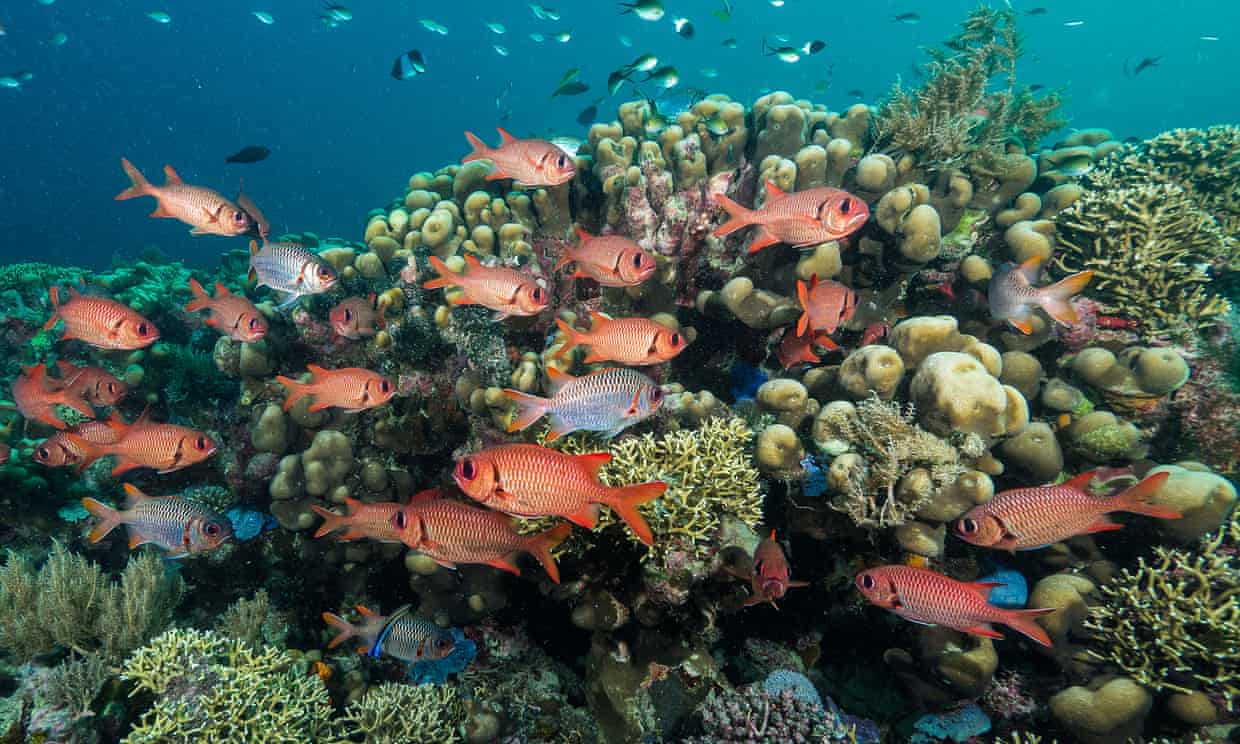 Researchers at Australia’s University of Queensland used modern portfolio theory (MPT), a mathematical framework developed by the economist Harry Markowitz in the 1950s to help risk-averse investors maximise returns, to identify the 50 reefs or coral sanctuaries around the world that are most likely to survive the climate crisis and be able to repopulate other reefs, if other threats are absent.

The study recommends targeting investment in conservation projects that have the “strongest potential to succeed” in protecting priority reefs. The gains go beyond positive ecological outcomes and include crucial social, economic, health and nutritional benefits for communities, according to partners, organisations and funders interviewed by Blue Earth Consultants.

Prof Ove Hoegh-Guldberg, a climate scientist at the University of Queensland, who helped lead the “50 reefs” project, said: “It’s essentially a strategy to help us make decisions about what to protect, if we are to have corals at the end of the century.”

“It is our best shot at having a long-term future for coral reefs,” he said.

Coral reefs face a dire future. Even if drastic emission reductions ensured global heating was limited to 1.5C above pre-industrial levels – which would require almost halving global CO2 emissions by 2030 from 2010 levels – 70% to 90% of today’s corals would vanish.

In October, a study of coral reef health found 14% has been lostglobally in less than a decade, with bleaching events caused by raised sea-surface temperatures the biggest culprit.

“Modern portfolio theory is a framework that aims to reduce risk while maximising returns,” said Hoegh-Guldberg. “It’s treating conservation sort of as an investment opportunity.”

The strategy, which came out of a meeting of scientists at the Hawaiʻi Institute of Marine Biology in 2017, tapped into the theory to help scientists choose a “balanced” portfolio of coral reefs.