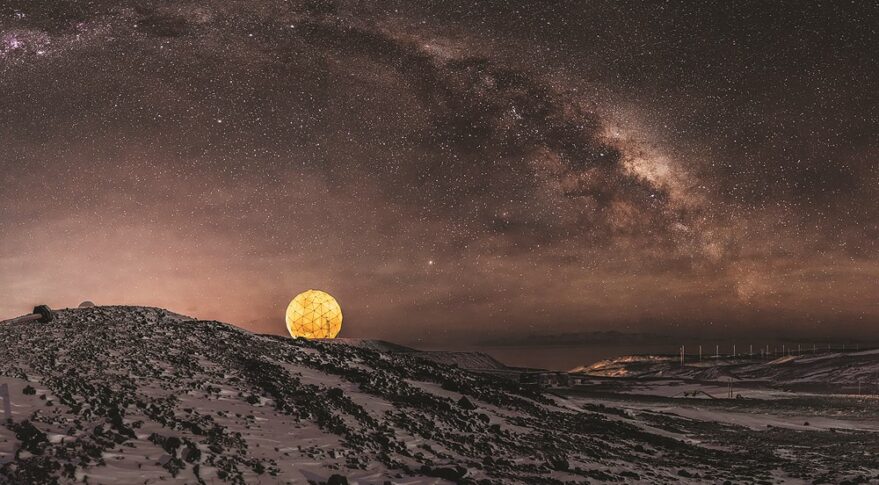 It’s a good thing the National Oceanic and Atmospheric Administration has plenty of time to prepare for its next generation of polar-orbiting weather satellites — because the changes the agency is contemplating are dramatic.

Instead of flying satellites the size of pickup trucks like the current Joint Polar Satellite System (JPSS), NOAA is exploring the benefits of feeding data supplied by a constellation of small satellites in low Earth orbit into weather forecast models.

“We would like to start the process of adopting more commercial practices in low orbit and seeing how we might implement them,” said Greg Mandt, NOAA JPSS program director. “If we spend the next five or six years seeing what we could do, that could produce quite an interesting paradigm shift.”

NOAA is not the only government agency exploring the benefits of gathering weather data with small satellites. The U.S. Space Force is funding development of small satellites to characterize clouds and provide weather data in military theaters of operations. The European Space Agency is developing a prototype for a constellation of small Arctic Weather Satellite spacecraft.

Government agencies are eager to profit from the steady stream of commercial innovation. Companies are relaying communications and gathering weather-related information and imagery with growing fleets of cubesats and small satellites in low Earth orbit.

“We’re trying to explore how to take advantage of all that,” Mandt said.

Many of the advantages for weather agencies are obvious.

Small satellites tend to be less expensive and lighter weight than their sizable counterparts. As a result, they fit on many different launch vehicles and several can be launched at the same time, unlike school bus or truck-size satellites that generally require a dedicated launch vehicle, said Nick Bucci, missile defense and space systems vice president at General Atomics Electromagnetic Systems.

“With small satellites, you could update technology on a much more rapid schedule and at lower cost,” said Kevin Maschhoff, BAE Systems engineering fellow.