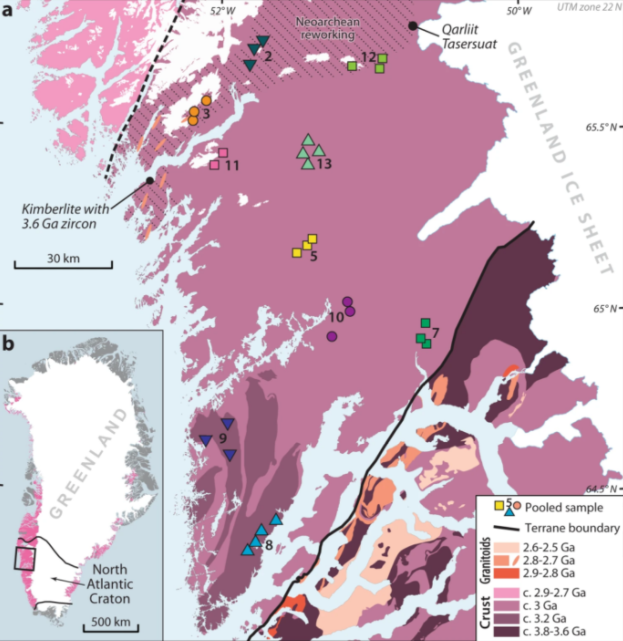 Curtin University researchers have used ancient crystals from eroded rocks found in stream sediments in Greenland to successfully test the theory that portions of Earth's ancient crust acted as 'seeds' from which later generations of crust grew.

The findings not only advance an understanding of the production of the Earth's crust through deep time, along with its structure and composition, but reveal a planet-wide crustal growth spurt three billion years ago when mantle temperatures peaked.

Lead author Professor Chris Kirkland, from Curtin University's Timescales of Mineral Systems Group, said the research used the chemistry of old crystals preserved within stream sediments in arctic Greenland to test the idea that portions of ancient crust served as seeds for later growth of continents.

"We found there was a widespread bloom in crust production three billion years ago, during a peak in mantle temperatures," Professor Kirkland said.

"Old crust appeared to be critical in continent production as it acted much like a life raft to preserve crust through later stages of earth history.

"The spike in the age of crust production in Greenland matches other regions across the globe and points to a significant widespread event that formed crust relatively early in the history of our planet."