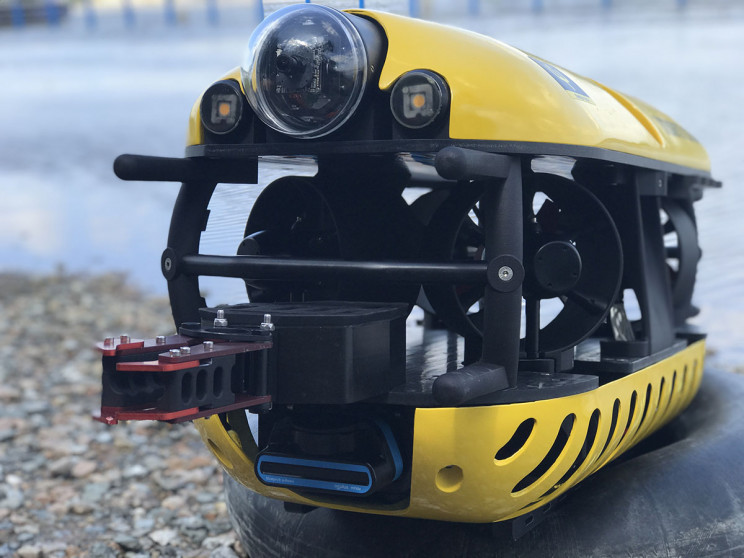 Freeing the Earth from underwater waste is not an easy feat, but this project might actually tidy up our mess.

Plastics, plastics everywhere! From the water that we drink to the Great Pacific Garbage Patch, plastics and all sorts of trash are quite literally everywhere; so the fact that the seabed houses even more of those probably won't come off as a surprise for you.

Thankfully, the Fraunhofer Center for Maritime Logistics and Services (CML) and an international network of partners are willing to tackle this problem with the use of autonomous robots in a project called SeaClear.

86 million metric tons of plastics end up in oceans in a year, according to Fraunhofer, and gathering them back up is not an easy feat. To tackle this enormous issue, a basic system that consists of an aerial drone, two underwater remote-operated vehicles (ROVs), and an unmanned surface vessel to serve as a mothership will be put to use.

Deployed mostly in coastal areas where the trash enters the ocean, the drone and one of the ROVs will be used to spot the debris. If the garbage is present both on the surface and in the water column, the other ROV will go to the seabed and carry the trash that ended up there with its custom-designed gripping and suction device. Afterward, it will all be carried back and disposed of in a central bin.

Differentiating the garbage from marine animals and natural structures is another important point. The second ROV will be using artificial intelligence-based algorithms to establish that.

Currently, the technology is being tested in two different locations at depths of 66 to 98 ft (20 to 30 mt), in Hamburg, Germany, and Dubrovnik, Croatia. SeaClear will have diverse data since these locations are pretty different, with the Hamburg coast being an industrial area with low visibility underwater and the Croatian coast being a clean and calm spot that is popular among tourists.