International
A poly metallic nodule about the size of your fist and millions of years old. Collecting them from the sea floor may be a new source of rare metals. via Wikipedia 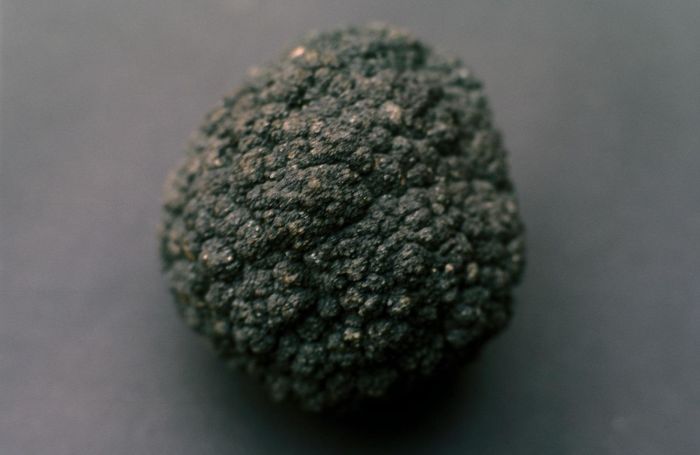 The Bronze Age is defined as the period when a metal became central to the progress of humanity. The previous age was the stone age, but about 5 000 years ago we discovered that we could isolate copper and tin and by combining them when molten could create a material that was both strong and could be sharpened to make better cutting tools than you could with stone.

Despite the two metals not being found very close to each other and that tin is quite soft and has a low melting point, when added with copper which was a bit harder and had a much higher melting point the result was material that was much stiffer but that melted at a lower temperature.

Sometimes the rocks containing the metals were on the surface or exposed in a cliff, but soon humans realised that to find more we had to dig holes or tunnels.

The word mine most likely comes from a word meaning tunnel. The other use may seem odd as it describes an explosive, but that too is related as the military tunnels that were dug to go under enemy defences were called mines too, once the military connection was, the idea to place an explosive in the ground and so effectively mine it or create a mine field was not too hard to understand and should you destroy someone's authority we say you undermined them.

5 000 years of ever increasing mining activity with bigger and bigger mines blasting and digging to incredible depths is starting to make the effort to find minerals too expensive. To find more we have begun investigating where they all came from in the first place - the undersea volcanoes that power the tectonic plates.

At these ridges deep under the sea, water mixes with the molten rock dissolving minerals. As the water is expelled by the earth's molten interior it is released as superheated sulphide plumes. When it comes into contact with the freezing cold and incredibly high pressure ocean water, the minerals begin to condense out into clumps of concentrated ore. Over time those ore will grow and be moved hundreds and thousands of kilometres from where they formed, as the land rises and gets deformed the concentration of metals get sandwiched between other rocks to form seams which create most of the mines we have used for the last 5 000 years.