International
via University of Delaware 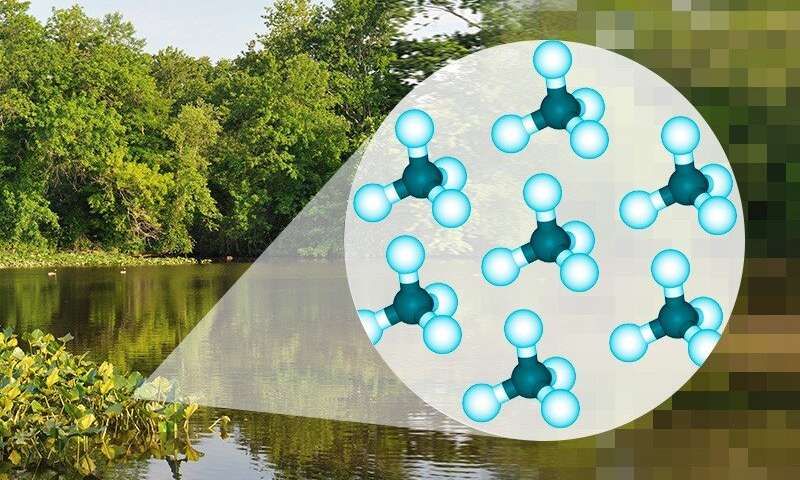 A pair of University of Delaware researchers were studying "blue carbon"—the carbon stored in coastal ecosystems such as mangrove forests, salt marshes or sea grasses—when they found something no one expected to see in a salt marsh: large quantities of methane in the soil.

Angelia Seyfferth and Rodrigo Vargas of the Department of Plant and Soil Sciences in UD's College of Agriculture and Natural Resources were leading different projects in a salt marsh and observed—from different angles—a previously unrecognized potential source of methane, an important greenhouse gas.

Coastal ecosystems such as salt marshes, sea grasses and mangroves are areas where land and the coastal ocean meet and are known to store large amounts of carbon despite their small representation around the world. This compares to the relative high amount of carbon stored in forests which cover a larger surface of the Earth. In other words, you can store more carbon in an acre of a blue carbon ecosystem than in an acre of most forests.

High concentrations of methane had neither been seen nor expected in these salt marshes, because it was assumed that high sulfate concentrations in these low- or no-oxygen containing sediments would halt the microorganisms that produce methane because of competition between soil microbes. The soil microbiome is extremely diverse, however, and this research has shown that microorganisms can make methane in different ways, salt marshes can be hotspots of methane production and these coastal areas must be examined in light of that new information.