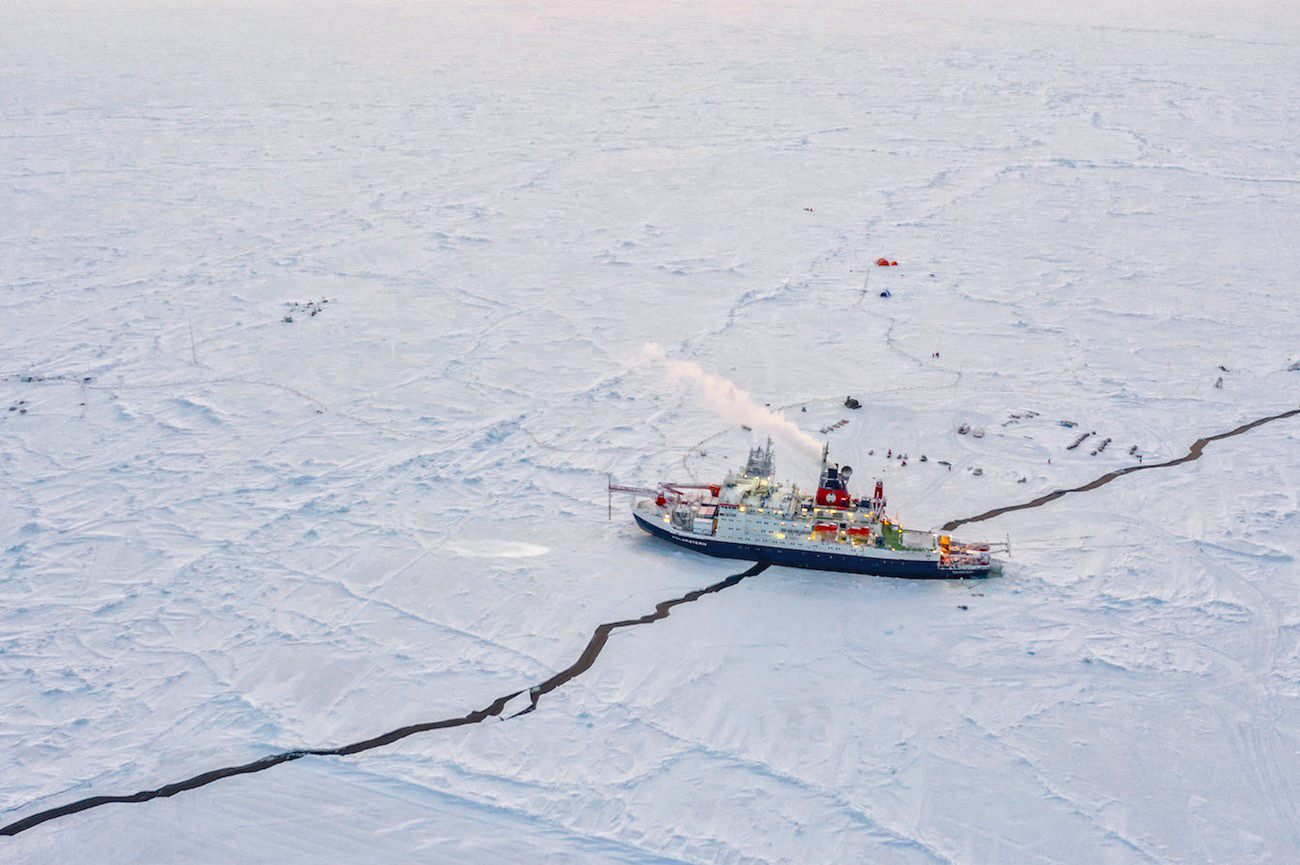 Melting ice in the Arctic Ocean could yield new trade routes in international waters, reducing the shipping industry's carbon footprint and weakening Russia's control over trade routes through the Arctic, a study found.

With climate change rapidly warming the world's oceans, the future of the Arctic Ocean looks grim. Climate models show that parts of the Arctic that were once covered in ice year-round are warming so quickly that they will be reliably ice-free for months on end in as few as two decades. The Arctic's changing climate will endanger countless species that thrive in sub-zero temperatures, scientists say.

Another critical consequence of melting ice in the Arctic? The potential for shorter, more eco-friendly maritime trade routes that bypass the Russian-controlled Northern Sea Route.

In a new study, a pair of climate scientists at Brown University worked with a legal scholar at the University of Maine School of Law to predict how Arctic Ocean ice melt could affect the regulation of shipping routes over the next few decades. They projected that by 2065, the Arctic's navigability will increase so greatly that it could yield new trade routes in international waters -- not only reducing the shipping industry's carbon footprint but also weakening Russia's control over trade in the Arctic.

The study was published on Monday, June 6, in the Proceedings of the National Academy of Sciences.

"There's no scenario in which melting ice in the Arctic is good news," said Amanda Lynch, the study's lead author and a professor of Earth, environmental and planetary sciences at Brown. "But the unfortunate reality is that the ice is already retreating, these routes are opening up, and we need to start thinking critically about the legal, environmental and geopolitical implications."

Lynch, who has studied climate change in the Arctic for nearly 30 years, said that as a first step, she worked with Xueke Li, a postdoctoral research associate at the Institute at Brown for Environment and Society, to model four navigation scenarios based on four likely outcomes of global actions to halt climate change in the coming years. Their projections showed that unless global leaders successfully constrain warming to 1.5 degrees Celsius over the next 43 years, climate change will likely open up several new routes through international waters by the middle of this century.