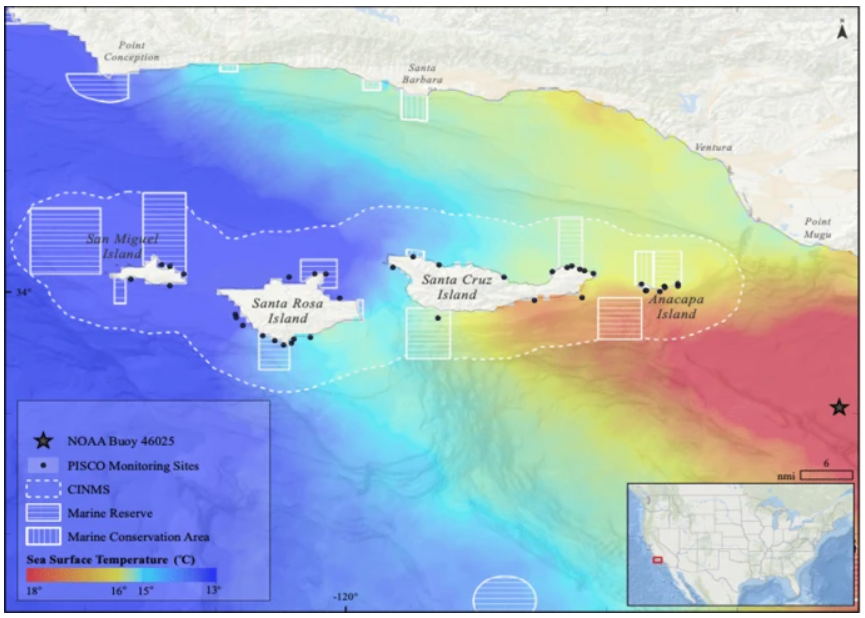 World - Marine Ecosystems: No Refuge From the Heat

Over the past several decades, marine protected areas (MPAs) have emerged as a favored conservation tool. By protecting marine species and safeguarding habitat, these reserves help buffer ecosystems against natural and human-made shocks alike.

Researchers at UC Santa Barbara and the National Oceanic and Atmospheric Administration (NOAA) sought to determine how well MPAs protect fish from changes caused by marine heatwaves. These stressful events can drastically alter an ecosystem, and scientists predict they will increase in frequency and intensity as the climate warms.

To answer these questions, the team took advantage of a marine heatwave that affected the entire West Coast between 2014 and 2016, using 16 years of data from the Channel Islands. The archipelago lies at the transition between subtropical ecosystems in the south and temperate ecosystems north of Point Conception, and is dotted with a network of a dozen or so no-take reserves.

According to the researchers' findings, published in the journal Scientific Reports, MPAs do little to mediate some effects of marine heatwaves, including, in this case, changes to fish community structure. Resource managers will have to employ other strategies if they want to mitigate this challenge, the research shows.