International
Mangroves in the Everglades. Daniel Hartwig / CC BY 2.0 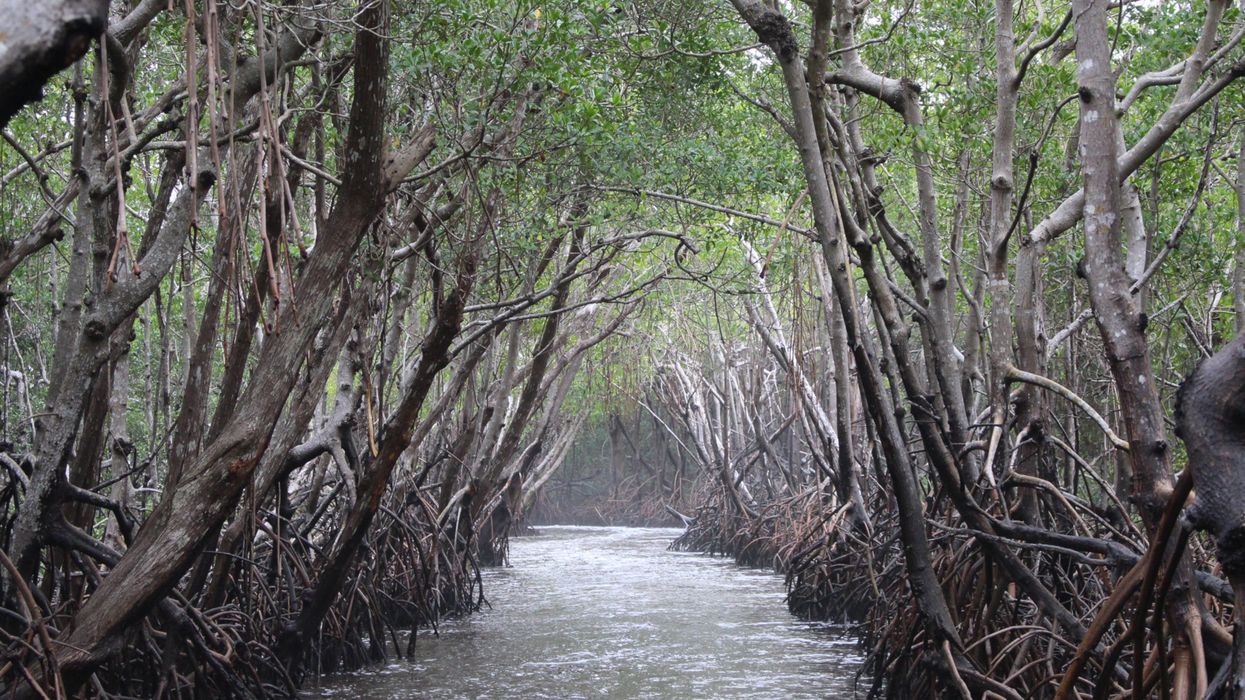 During a trip to Cuba's Gardens of the Queen a few years ago, I found myself around small mangrove islands in an area called Boca Grande.

Floating on clear, calm water, my travel group and I kicked over tall seagrass beds and rays camouflaged in the sandy flats. Fish of all kinds and sizes hung out among the tree roots, including huge cubera snappers. An hour stretched into two, this enormous saltwater aquarium proving as fascinating as the nearby, healthy coral reefs.

Mangrove forests like this may be one of the world's most underappreciated landscapes. They provide important habitat for a wide variety of terrestrial, estuarine and marine species — from fish to birds and manatees — and supply nutrients and sediments for seagrass-bed and coral-reef habitats.

These ecosystems also protect the shore. Laura Geselbracht, a marine scientist and coastal restoration expert with The Nature Conservancy Florida, reports that mangroves prevented an additional $1.5 billion in direct damages in that state from 2017's Hurricane Irma. An analysis by The Nature Conservancy, University of California Santa Cruz and Risk Management Solutions found that just 100 yards of mangrove trees can reduce wave height by 66%.

And mangrove forests also help mitigate climate change, pulling massive amounts of greenhouse gases from the atmosphere and storing them in their soils — up to four times as much carbon as other tropical forests. A 2018 study calculated that the world's mangrove forests suck up more than 6 billion tons of carbon a year.

That's the good news. The bad news: Mangroves face numerous threats — 35% were lost between 1980 and 2000, and since the turn of the 21st century almost 1 in 50 of the remaining mangrove forests has been cut down.

Today, one of the direst threats to their continued existence comes from rising sea levels caused by climate change.

A paper published in Science in June looked at data on thousands of years of sea-level rise and mangrove accretion. (Accretion is the opposite of coastal erosion: Instead of wearing away, soil builds up around the roots and lifts trees vertically, keeping them above water.) While a mangrove's lower trunk and roots live underwater, its upper trunk and leaves live above the waterline. And when the water gets too high, and the accretion process fails to support mangroves, the trees effectively drown.