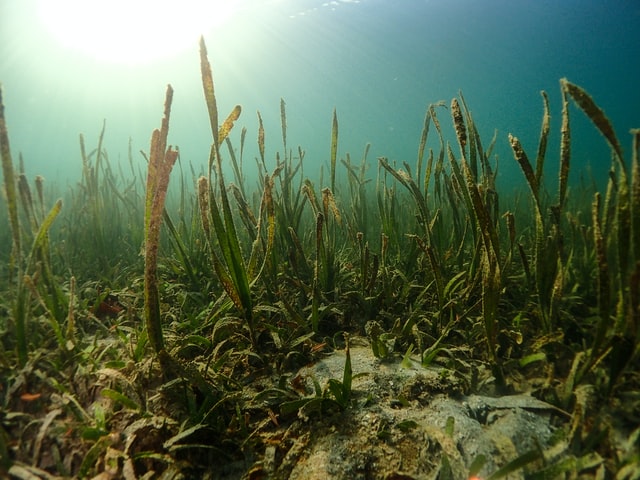 Mangroves and seagrasses grow in many places along the coasts of the world, and these 'blue forests' constitute an important environment for a large number of animals. Here, juvenile fish can hide until they are big enough to take care of themselves; crabs and mussels live on the bottom; and birds come to feed on the plants.

However, the plant-covered coastal zones do not only attract animals but also microplastics, a new study shows.

- The denser the vegetation, the more plastic is captured, says Professor and expert in coastal ecology, Marianne Holmer, from the University of Southern Denmark.

She is concerned about how the accumulated microplastics affect animal and plant life.

- We know from other studies that animals can ingest microplastics and that this may affect their organism.

Animals ingest microplastics with the food they seek in the blue forests. They may suffocate, die of starvation, or the small plastic particles can get stuck different places in the body and do damage.

Another problem with microplastics is that they may be covered with microorganisms, environmental toxins or other health hazardous/disease-promoting substances that are transferred to the animal or plant that absorbs the microplastics.

- When microplastics are concentrated in an ecosystem, the animals are exposed to very high concentrations, Marianne Holmer explains.

She points out that microplastics concentrated in, for example, a seagrass bed are impossible to remove again.

The study is based on examinations of three coastal areas in China, where mangroves, Japanese eelgrass (Z. japonica) and the paddle weed Halophila ovalis grow. All samples taken in blue forests had more microplastics than samples from control sites without vegetation.

Mangrove trees probably capture more microplastics, as the capture of particles is greater in mangrove forests than in seagrass beds.

Researchers also believe that microplastics bind in these ecosystems in the same way as carbon; the particles are captured between leaves and roots, and the microplastics are buried in the seabed.