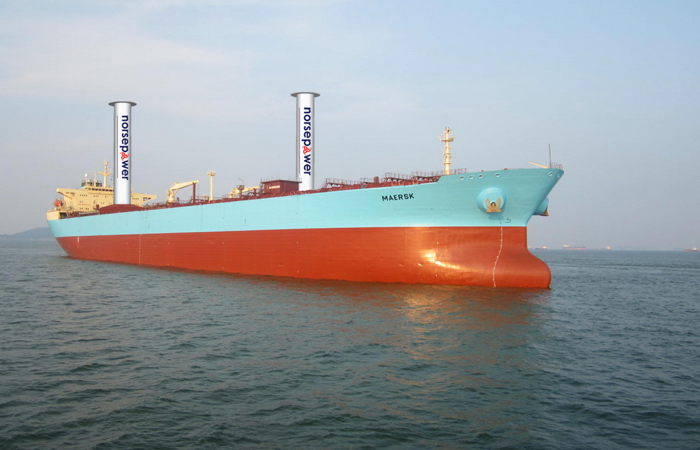 In 2018, Maersk set its sights on becoming carbon neutral by 2040. To that end, it has ordered 13 new ocean-going ships using only carbon-neutral fuels. The ships will arrive between 2023 and 2025.

A.P. Møller, commonly known as Maersk, is a Danish shipping company integral to global logistics, supply chain management, and port operation. It is the world’s largest shipper and vessel operation that specializes in delivering containers. It is based in Copenhagen, Denmark, with offices in 130 countries. It has 95,000 employees. In 2018, it had annual revenues of $39 billion. Its mission is to digitize and decarbonize the world’s supply chains.

It’s a timely purchase because Maersk is now tasked with replacing many of its smaller ships reaching the end of their 30-year life. From the onset, Maersk sets out to operate the ships on carbon-neutral e-methanol or bio-fuels. But it will be challenging because methanol production has to be ramped up.

Once Maersk hits the high seas with its new carbon-friendly vessels, it says that its CO2 levels will fall by 1 million tons or 3% — a respectable cut in its current CO2 levels of 33 million tons. Nevertheless, it says that the biggest challenge will be the availability and cost of the green fuels necessary to hit net zero.

“We have set a new 2030 target to align with a Science Based Targets initiative 1.5°C pathway. And also by 2030, our target is to have industry-leading green customer offerings, including 25% of ocean cargo transported with green fuels, 90% green operations for contract logistics and cold chain, and at least 30% of air cargo transported with sustainable aviation fuel,” says Søren Skou, CEO of A.P. Moller – Maersk.

How does Maersk engage with its customers on sustainability?

In 2021, 30 of its largest customers joined Oceans and Logistics (O&L) Management Board to discuss supply chain logistics. It says that all customers are interested in becoming more sustainable. Two-thirds of its top 200 customers net zero goals, and thus they want to accelerate decarbonization in the maritime sector. With that, Maersk began offering CO2 certificates in 2019. This document certifies a company’s CO2 savings and indicates the amount of green fuel used per year.

In 2021, it launched an emissions dashboard to allow its customers to measure their carbon footprint across both Maersk-controlled logistics and those it does not control. Such transportation includes using trucks, trains, airplanes, or vessels.

“With logistics and distribution accounting for around 15% of our greenhouse gas emissions footprint, it’s important that we work with partners shifting to lower carbon fuels. We are proud to partner with Maersk as they pioneer carbon-neutral transportation on the high seas,” says Michelle Grose Head of Logistics and Fulfilment, Unilever.

Can you detail your climate goals?

Global greenhouse gases in the transportation and logistics businesses are 3.5 billion tons annually. Maersk says that it accounts for about 1% of that total. In 2018, Maersk set out to become carbon neutral by 2050. But it has sped that up 10 years. It is also aligning with a Science Based Targets initiative 1.5-degree pathway. In practical terms, it will result in a 50% reduction of greenhouse gas emissions intensity in its oceans business and a 70% reduction in its scope 1 and 2 emissions in its terminals business, all from a 2020 baseline.