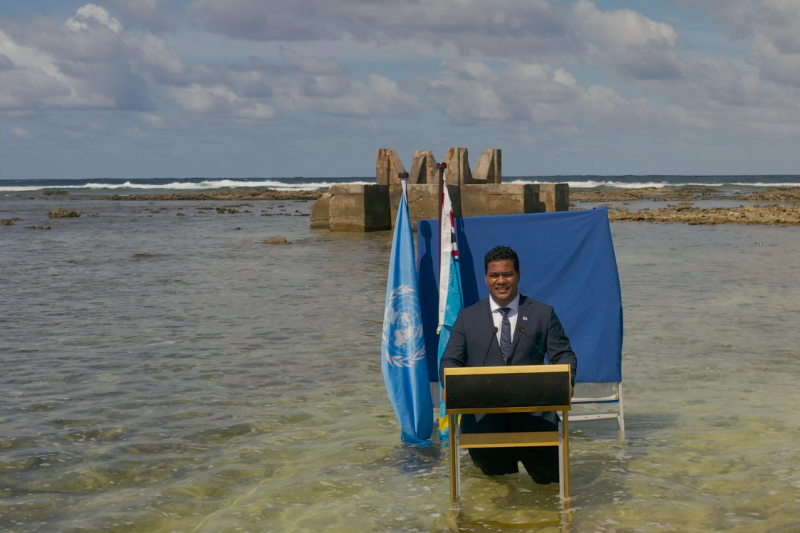 World - Island nations rise up as their homelands start to sink

Dressed in a business suit and standing thigh-deep in seawater on the rocky coastline of his low-lying island home, Tuvalu’s Foreign Minister Simon Kofe addressed dignitaries via video at the Glasgow climate conference this week.

“In Tuvalu, we are living the reality of climate change and sea-level rise,” Kofe said. “We cannot wait for speeches, when the sea is rising around us all the time. Climate mobility must come to the forefront.”

The poignant address immediately went viral, surprising Kofe and his colleagues. “I really did not expect the video and pictures to receive as much attention as they did. It was amazing to see that kind of support for our message,” he told The Age and the Sydney Morning Herald.

Kofe hopes the warm public response will translate into concrete action: “Often, we see powerful messages receive a great deal of attention and praise but not amount to any real global change.”

In forums such as Glasgow and elsewhere, the Pacific island states of Tuvalu, Fiji, Samoa and others have pushed advanced economies to cut carbon emissions in the face of global rising sea levels. They’d like a hopeful outcome, but are also having to prepare for the worst.

In his video, Kofe referred to climate mobility: people left with no choice to leave their home or livelihood because of the effects of catastrophic global warming. His homeland of Tuvalu, like other Pacific nations, is exploring legal and diplomatic avenues to remain a sovereign nation, even if its territory disappears under water within the next 50 to 100 years.