International
A panel of fuel cells in the hydrogen power plant of APEX Energy company, in Laage, Mecklenburg-Western Pomerania, Germany, 14 August 2020. via Shutterstock 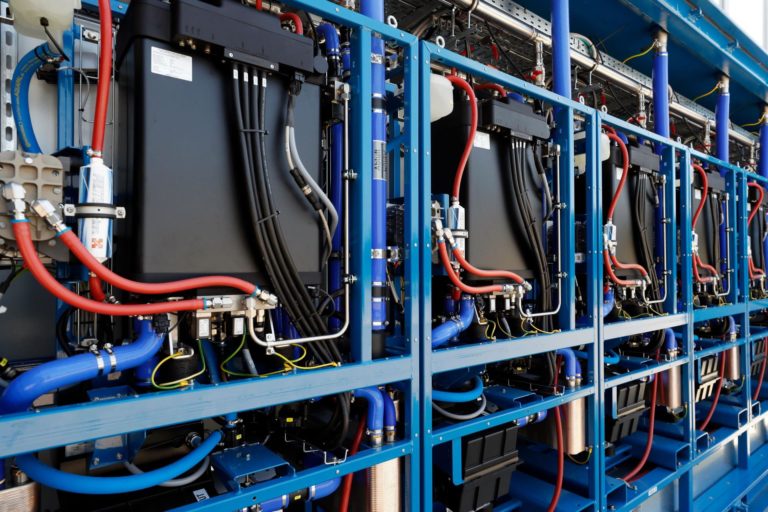 As most science nerds will know hydrogen is the most abundant element in the universe. It’s everywhere we look although the vast majority is out of reach until we develop the ability to travel at warp speed. Yes, I admit it. I am a Star Trek fan.

Fortunately, we have all the hydrogen we need right here on earth. It is mostly locked up in water although some can be obtained by various processes, including the reforming of natural gas.

The latter is not my preferred method because of the carbon it produces, but it is currently the main method of producing hydrogen.

Despite howls of protest from the various lobbies opposed to the oil and gas industry, it’s the only way we currently have of producing hydrogen in bulk until we roll out sufficient electrolysers or other forms of “green” production units.

Fact is, though, that this rollout is happening relatively quickly. The hydrogen industry is now moving ahead in Europe, parts of the US and Canada, Australia and Asia, including China, and several other countries. Many have developed their own strategies on how to use hydrogen across all the energy consuming sectors and, critically, most are putting serious sums of money behind those strategies. Recognising the potential size of the industry, which Goldman Sachs says could be worth more than 10 trillion euros by 2050, nations are also developing their own exportable technologies.

Indeed, just as I sat down to start writing this column I received notification that the Chinese Government is issuing “fresh policies to support hydrogen fuel cell vehicles to improve the industry’s supply chain and technologies”.  Good move.

But we also know that the Indian Government is going to set targets for hydrogen energy development over and above their aim to develop 175 gigawatts of renewable power by 2022.