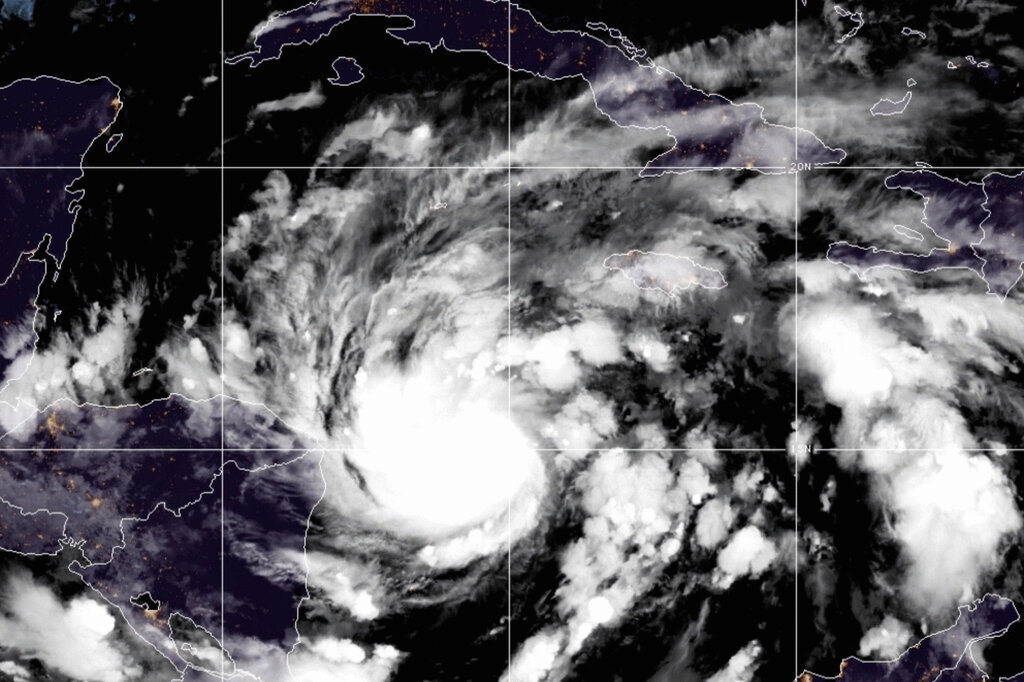 Eta was upgraded to a Category 3 hurricane on Monday, the National Hurricane Center said, warning that the storm was likely to strengthen before making landfall in Nicaragua on Tuesday.

Eta is the 28th named storm and the 12th hurricane in a dangerously active season that has brought destruction from Central America to the northern Gulf States and beyond. With Eta, 2020 has tied a record set in 2005 for the most storms that have grown strong enough to be named.

The center said in an advisory at 1 p.m. Eastern time that the storm was about 85 miles east of Cabo Gracias a Dios on the border of Nicaragua and Honduras and had sustained winds of up to 120 miles an hour.

A hurricane warning was in effect for parts of Nicaragua.

Eta, which formed as a tropical storm over the weekend, was expected to move west throughout Monday morning and turn west-southwest by the afternoon, possibly strengthening to a Category 4 before making landfall in Nicaragua early Tuesday. The storm is then expected to weaken when it moves inland over the northern part of the country through early Wednesday.

As much as 25 inches of rain could fall in Nicaragua and Honduras, the hurricane center said, warning of isolated amounts of up to 35 inches. Life-threatening storm surge, damaging winds, flash flooding and landslides across parts of Central America were expected.