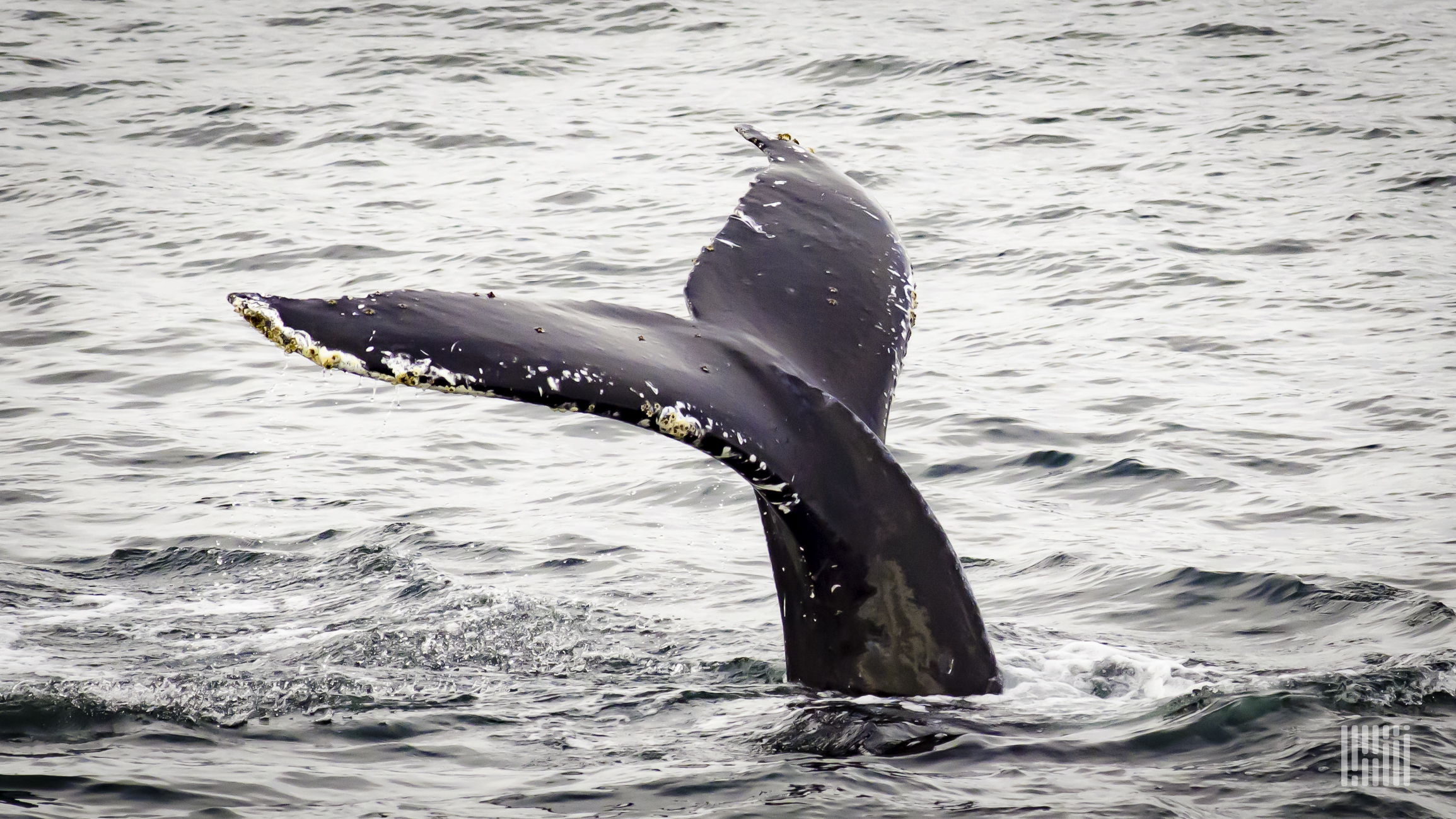 Oceangoing vessels are critical in transporting goods internationally, but the growing demand for ocean shipping also impacts marine life below the surface.

Collisions between ships and whales are increasing, and researchers are likely underestimating the frequency of these events, according to Friend of the Sea, a global marine conservation project that is part of a larger environmental group, World Sustainability Organization.

“Increases in the size and number of ships in the trading fleets of the world increase the potential for lethal ship strikes and displacement dramatically,” Karen Wristen, executive director of environmental organization Living Oceans Society, told FreightWaves.

Shipping lanes frequently go near or through high-risk breeding and feeding zones for whales, and collisions are often fatal for the mammals, a recent Friend of the Sea report said.

Even if whales survive the initial strike, they often die soon afterward, sinking to the bottom of the ocean or washing ashore. Researchers inspect beached whales for signs of ship collisions, but the report said the number of deadly encounters is likely much higher than estimated because the whales often sink to the ocean floor without notice.

“For some populations, such as the North Atlantic right whale (Eubalaena glacialis), ship strikes have been responsible for over half of all mortalities in recent decades and as such are a major limiting factor to the survival of this species,” a 2018 study at Macquarie University in Australia said.

Preliminary research as part of a study to be released in early 2022 estimates that between 18,000 and 25,000 whales die from ship collisions annually, Roberto Lombardi, conservation campaigns developer and sustainable standards promoter for Friend of the Sea, told FreightWaves.

“An important campaign we are carrying out is this one to save the whales from ship strikes, [which are] considered to be major threats to marine mammals,” Lombardi said.

How to prevent whale-ship collisions

Many whale-ship collisions go unnoticed by vessel operators and unreported to researchers, the report said. It would be easy for operators of large ocean vessels to have no idea whether there was a whale strike or how often collisions occur.

“For many populations of marine giants, the consequences of interactions with shipping vessels remain largely unknown. This knowledge gap exists for several reasons: difficulties in studying species because of their behavior, rarity or remoteness; changes in species movement over time, affecting the ability to predict interactions; or underreporting or lack of reporting of interaction events,” the study said.