International
Taiwan-based Evergreen Marine launched the 23,992 twenty-foot equivalent unit vessel Ever Ace in 2021, which was the largest container ship in the world at the time. (Photo: Evergreen Marine) 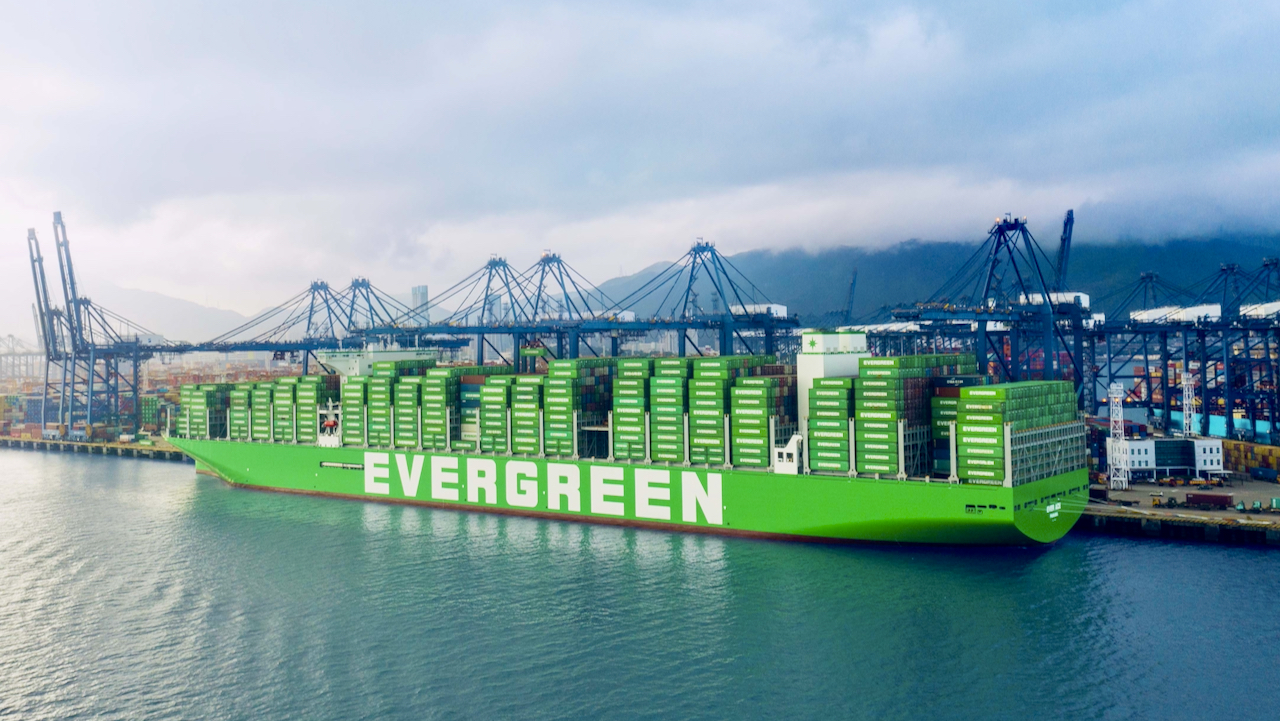 World - How big are the world’s largest ocean container ships?

The massive ship has a capacity of 24,004 twenty-foot equivalent units, just a little more than its slightly older sibling, the Ever Ace, launched in July 2021 and the former world record holder at 23,992 TEUs.

The Ever Alot is more than 1,300 feet long and 203 feet wide. If you were to stack the Ever Alot vertically, it would be taller than the Empire State Building in New York City.

The Ever Alot made its maiden voyage leaving Shanghai, where it was constructed, to the Port of Rotterdam in August, becoming the first vessel to break the 24,000-TEU barrier.

The Ever Ace and the Ever Alot are part of a class of ships known as very large container ships (VLCs) or ultra large container vessels (ULCVs), ships so large they can barely pass through the locks of the Panama Canal.

The Ever Ace was built by South Korea-based Samsung Heavy Industries for about $150 million, according to Taiwan News. China-based Hudong-Zhonghua Shipbuilding manufactured the Ever Alot for a reported $145 million when it was ordered in 2019.

Both the Ever Alot and Ever Ace service routes between Europe and the Far East. The larger ships are aimed at gaining benefits of scale and lowering container slot costs, which could enable carriers to offer more competitive rates to shippers.

Since 2012, the average capacity of a container ship has grown from less than 3,000 TEUs to around 4,500 TEUs. In the last decade, more than 50 ships with a capacity of 21,000 TEUs or more have been built, according to a report from the BBC.

Some maritime experts have questioned the viability and financial sustainability of such large ships.

Another reason most ultra large container ships service mainly Europe and Asia is because most U.S. ports are too small to accommodate them.