International
Shipping containers are unloaded from ships at a container terminal at the Port of Long Beach-Port of Los Angeles complex, amid the coronavirus disease (COVID-19) pandemic, in Los Angeles, California, U.S., April 7, 2021. REUTERS/Lucy Nicholson 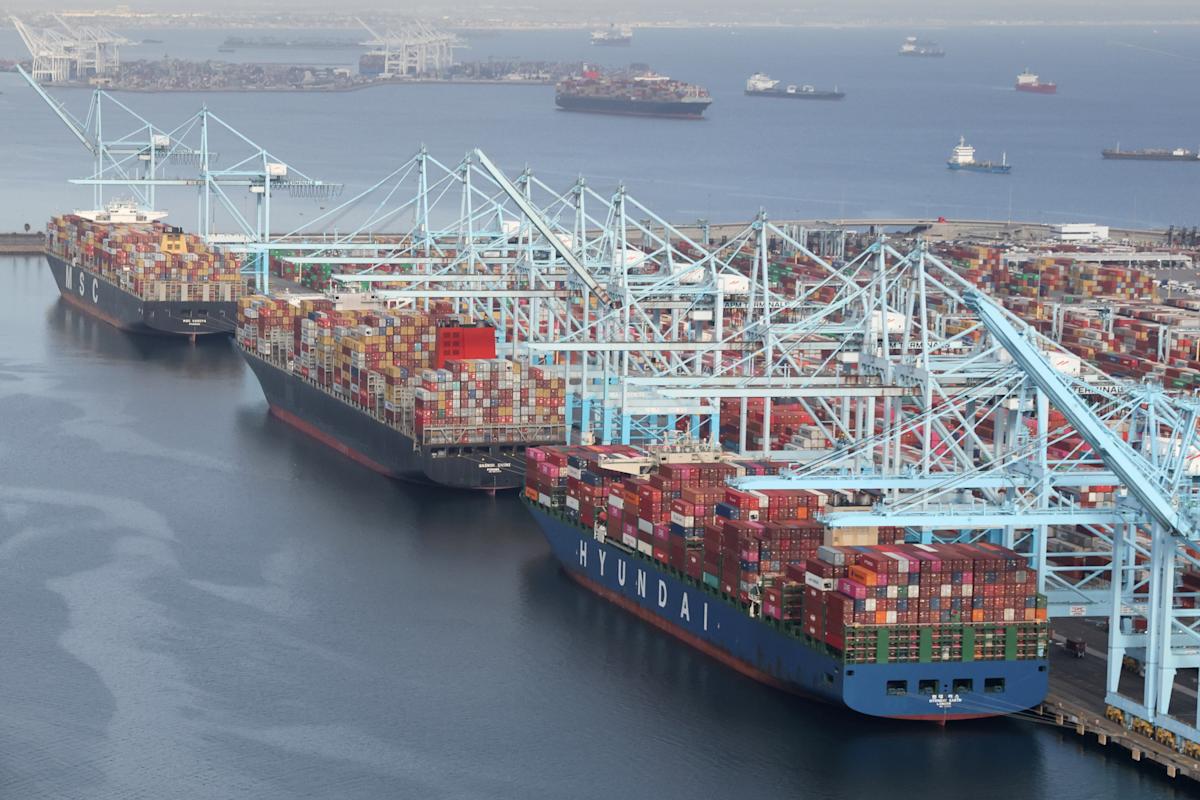 WORLD - Hapag-Lloyd CEO: ‘We are probably in the peak of the problems’

Congested ports. Clogged supply chains. Capacity shortages. Much of Hapag-Lloyd CEO Rolf Habben Jansen’s third-quarter overview had a familiar refrain, one likely to be heard again after the fourth quarter.

But there were two topics Habben Jansen did not expound upon: the buckets of money the ocean carrier likely raked in during the third quarter and the recent investment in a German port.

Hapag-Lloyd is scheduled to release its third-quarter figures Nov. 12, and Habben Jansen did not open the ledger during a virtual chat with the media last week. His only reference to Q3 financials came when addressing supply chain bottlenecks.

“Once the data come out for the third quarter of 2021, I do not think that we will see massive growth compared to [Q2 year-over-year] simply because the supply chains at the moment are so much clogged up and we have so many ships waiting outside of the ports,” he said.

Hapag-Lloyd did experience massive second-quarter growth year-over-year. Q2 earnings before interest, taxes, depreciation and amortization was $2.3 billion, an eye-popping $1.5 billion gain from the $770 million reported in the second quarter of 2020. Revenue shot up 70%, from $3.3 billion in Q2 2020 to $5.6 billion this year.

Habben Jansen did touch on the ocean carrier’s stellar financial performance in the first half of 2021.

“On the back of higher transportation volumes and rates, we’ve seen a significant increase in results for the first half of the year. Contract rates are up, but of course very significantly below what we have seen in the spot market. We’re still loading, though, quite a few boxes at 2020 rate levels, especially medium- and long-term contracts,” he said.

“If you look at our overall numbers, then you will see that our average freight rate in the first half [of the] year was up compared to last year by about $500 per TEU. Of course, that’s quite a lot of money, but $500 a TEU is nowhere near the increases that we have seen in the spot market,” Habben Jansen continued. “That clearly illustrates that we’ve been moving a lot of cargo on contracts that were closed earlier.”

“Revenues increased in the first-half year of 2021 by approximately 51%, to $10.6 billion, mainly because of a 46% higher average freight rate of $1,1612/TEU. The freight rate development was the result of high demand combined with scarce transport capacities and severe infrastructural bottlenecks,” Hapag-Lloyd said in the August release.

“While demand remains high in the current congested market environment, it is leading to a shortage of available weekly transportation capacity. For this reason, Hapag-Lloyd expects earnings to remain strong in the second half of the financial year,” it said.

‘It’s very important to have a robust network’

More than once Habben Jansen was asked about the price, and more than once he said the parties involved had agreed not to disclose that information.

“I think we have given a number of arguments on why we believe that investing in Wilhelmshaven makes sense, I think the main argument being that we think that it will strengthen the position of the German ports … and hopefully over time will lead to more cargo coming in to the German ports,” he said.

Habben Jansen also declined to name other port investments Hapag-Lloyd may be eyeing.

“We won’t comment on specific locations, but the logic behind this is I think we have also learned over the last year and a half that it’s very important to have a robust network and that means you should concentrate, especially in transshipment, in a limited number of places. In those places, it’s then important to have control over terminal capacity,” he said, adding that Hapag-Lloyd “will probably consolidate all of our transshipment volume in … 12 or 15 locations around the globe, and it would not be illogical if we do investments in, say, half of those locations or so.”

‘The already congested supply chain is getting congested even further’

Habben Jansen did talk about the continuing high demand for ocean shipping.

“We’ve certainly seen strong demand on the back of the economic upturn and in the course of the first half. As far as we can see right now, we do expect that to continue. We still see today that demand is very strong on most trades, even if it’s definitely driven still very much by the U.S., because that’s where we see the strongest increases, on the trans-Pacific. And if we look at the last couple of months, also the Atlantic has been very strong,” Habben Jansen said.