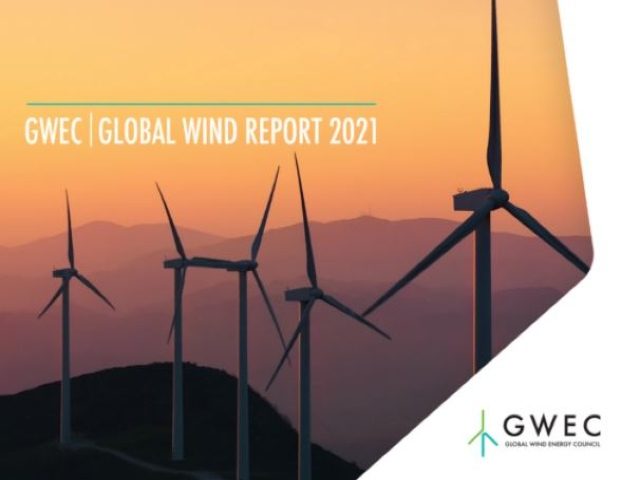 The Global Wind Energy Council has released its 16th annual flagship report ahead of the crucial COP26 conference in November 2021.

The Global Wind Report 2021 highlights wind power’s role on the road to net zero and stresses that ambitions alone won’t be enough to meet Paris Agreement goals. In fact, many countries around the world are not doing enough to develop the wind sector and are struggling behind impotent policy frameworks and red tape.

To mark the launch of the report, GWEC hosted a digital discussion to emphasise key findings and recommended actions to speed up the energy transition through wind power.

According to GWEC CEO, Ben Backwell, the report is different this year due to this being a landmark year for climate action. Even though 93GW of wind power was installed last year and ambitions are rising to increase this number, “ambition isn’t enough, some countries are lagging due to non-economic challenges around execution. The Levelised Cost of Electricity (LCOE) is competitive and there’s plenty of investment appetite, it is a question of having the right level of ambition and action”.

Backwell emphasised that its the permitting and licensing, or poilcy landscape in general where things take too long.

Backwell added: “Wind energy is ready to play a serious role, as one of the best ways to replace carbon emissions in the power system”.

Vice chairman of GWEC and senior VP of Vestas, Morten Dyrholm, stated that this report is a call to action in the lead up to COP26. Policymakers must be on the same page and realise that speed is necessary. “Collaboration on this climate emergency is vital, from governments to communities. We need to radically increase installations if we are to meet Paris Agreement targets.