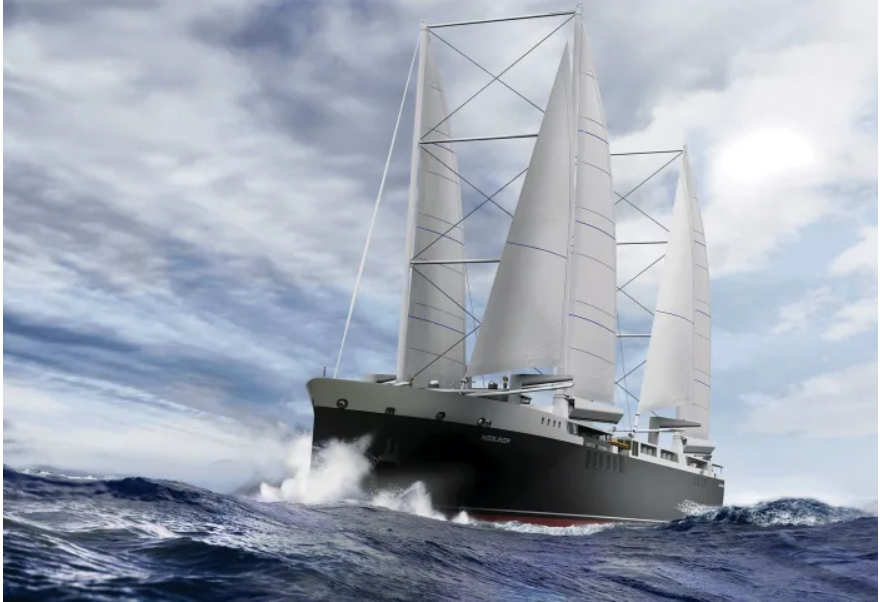 World - Green is the New Black

In response to demands to reduce emissions, the shipping industry is reconsidering wind power

There is perhaps no area of human endeavor that has shaped the modern world as much as trade and transport. Think of the vast network of indigenous trading routes crisscrossing the Americas, Asia’s Silk Road and the clipper ship routes round Cape Horn. Here in the United States, the country’s biggest cities, including New York, Los Angeles and Miami, were not only all established as seaports, but remain influential centers for culture and commerce today.

The shipping industry, though, has a dirty secret. Despite being far and away the most efficient means of transporting everything from cars to containers filled with electronics or running shoes, it’s still a major source of pollution.

According to the Third IMO Greenhouse Gas Study 2014 — an effort commissioned by the International Maritime Organization to study the industry’s role in climate change — the world’s commercial vessels collectively burn around 2 billion barrels of heavy fuel oil per year. The heavy fuel oil, or bunker fuel, used by most ships is also a highly contaminated byproduct of crude oil processing. As a result, in addition to being burned in great quantity, it’s also extraordinarily toxic. An especially damaging contaminant in bunker fuel is sulfur, which contributes to acid rain and the acidification of the oceans.

In 2016 the IMO responded to this problem by requiring all commercial shipping to reduce sulfur emissions beginning Jan. 1, 2020. Options include switching over to Very Low Sulfur Fuel Oil, continuing to use Intermediate Fuel Oil but with scrubbers to clean emissions, or switching to propulsion systems that use liquefied natural gas. This has left companies with some tough decisions.

According to Anja Roennfeldt, senior vice president at Global Ocean Freight Trade Management, Schenker AG, “The difference between VLSFO and IFO was $250 to $300 per ton at the time of the switch, and carriers needed to start using the compliant fuel several weeks before the official start date to clean the engines,” so new VLSFO systems and their fuel were costly. However, installing scrubbers to continue using cheaper fuel is also both expensive and time consuming — costing around $10 million and taking up to three months — and an entirely new system for LNG isn’t cheap or fast either. Even then, it’s not as simple as crunching the numbers.