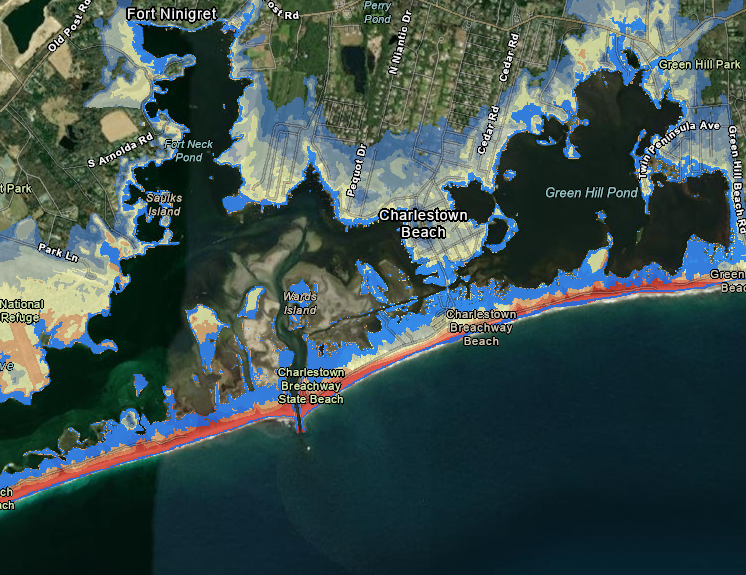 NOAA's latest report indicates it's likely coastal states are going to see at least 2 feet of sea-level rise between now and the end of the century.

The Earth is on a “highway to climate hell.”

That’s the message coming out of the COP27 climate summit under way in Sharm el-Sheikh, Egypt, as world leaders and diplomats engage in talks to attempt to halt the disastrous effects of climate change. Despite decades of annual talks and negotiations, world leaders said the distinct lack of progress in reducing greenhouse gas emissions spelled grim news for the future of humanity.

“The clock is ticking, we are in the fight of our lives,” said United Nations Secretary-General António Guterres in his opening remarks. “And we are losing. Greenhouse gas emissions are growing, global temperatures keep rising, and our planet is fast approaching tipping points that will make climate chaos inevitable.”

Global temperatures have already risen 1.1 degrees Celsius compared to pre-industrial levels, and much of the conference talks are expected to center on how to limit warming to 1.5 degrees Celsius.

A global greenhouse gas emissions inventory released this month by the Climate TRACE coalition revealed global emissions from oil and gas production were “significantly underreported,” and countries required to report emissions data regularly to the United Nations have emissions as much as three times higher.

The coalition’s data was gathered from more than 300 satellites, some 11,000 air, land, and sea sensors, and from troves of additional public information. Climate TRACE is a nonprofit composed of AI specialists, data scientists, researchers, and non-governmental organizations dedicated to refining climate-emissions data.

Time is running out. The U.N.’s Intergovernmental Panel on Climate Change released its latest climate change mitigation report earlier this year, warning that greenhouse gas emissions were at their highest levels ever, and countries need immediate and deep cuts in emissions in order to limit global warming to 1.5 degrees Celsius. The assessment showed that limiting warming to 2 degrees Celsius requires emissions to be reduced by 25% by 2030.

Thanks to a lack of reduced emissions, the climate change impacts on coastal states such as Rhode Island would be enormous. The National Oceanic and Atmospheric Administration (NOAA), in a report released earlier this year, said it is expecting at least 2 feet of sea-level rise along the U.S. coastline between now and 2100. If worldwide emissions aren’t curbed, there could be an additional 1.5 to 5 feet of sea-level rise by the end of the century.

“By 2050, moderate flooding — which is typically disruptive and damaging by today’s weather, sea level and infrastructure standards — is expected to occur more than 10 times as often as it does today,” said NOAA National Ocean Service director Nicole LeBoeuf in a press release. “These numbers mean a chance from a single event every 2-5 years to multiple events each year, in some places.”

Two feet of sea-level rise would radically transform the coastline, but inside Narragansett Bay and along the state’s south shore, Rhode Islanders can expect more. As the planet warms, Atlantic storms will get stronger and more frequent, and some municipalities across the state may find themselves underwater.

The state’s coastal flooding prediction tool, STORMTOOLS, shows that with 2 feet of sea-level rise and a once-in-a-century storm vast portions of Warren, Barrington, and Bristol will be inundated.