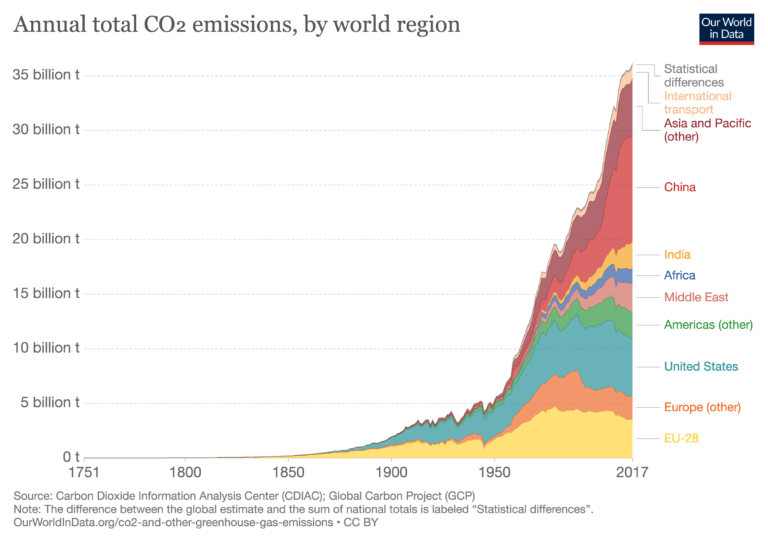 The global warming of the biosphere and its consequent acidification of the oceans is a complex of geophysical, biological and ecological, and sociological phenomena that are all accelerating.

There is much that humanity could do to slow that acceleration, and to enact strategies for its own protection from Nature’s escalating assaults on civilization by the grand feedback loop of anthropogenic global warming climate change, but there is really nothing humanity can do to stop it.

The anthropogenic emission of carbon dioxide (CO2) — the exhaust fume of economic activity — has increased steadily over the last 270 years, and explosively so for the last 70 years.