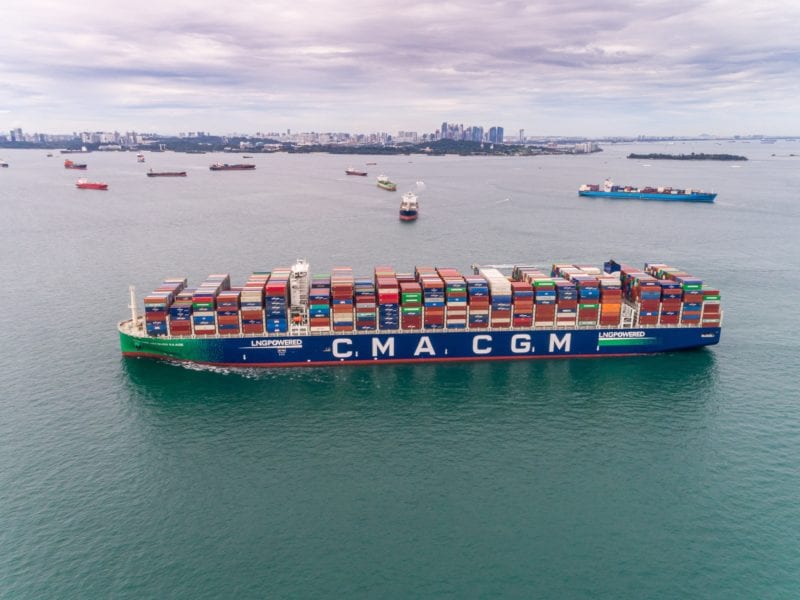 The world’s major shipping companies, riding an unprecedented wave of demand for everything from housewares to medicine, are finding the record for the largest load of containers hard to hold onto this year.

The newest titleholder, the 400-meter-long Jacques Saadé owned by France’s CMA CGM SA, docked in Malta on Tuesday capping a maiden voyage that began in Singapore two weeks ago. On board are 20,723 full containers, using about 90% of the ship’s capacity and dethroning HMM Co.’s Algeciras, the South Korean champion since May.

That the vessel named for CMA CGM’s late founder hauled the biggest-ever load on her first trip testifies to a global economy limping along but still lumbering ahead. While the pandemic hits spending on services like hospitality and tourism, demand for household merchandise has outpaced expectations as consumers marooned at home shop more online.

For the container liners, the change in consumer preferences is a bonanza that is also forcing them to think short term about how many ships to deploy. It’s a tricky balancing act for a capital-intensive industry that tries to anticipate economic turns years in advance and adjust capacity accordingly.

“Such a rapid shift has never occurred in the history of container shipping,” said Lars Jensen, a Copenhagen-based consultant and former executive of A.P. Moller-Maersk A/S, the world’s largest container carrier. “This also means it is realistically not possible to predict what this will mean for 2021.”