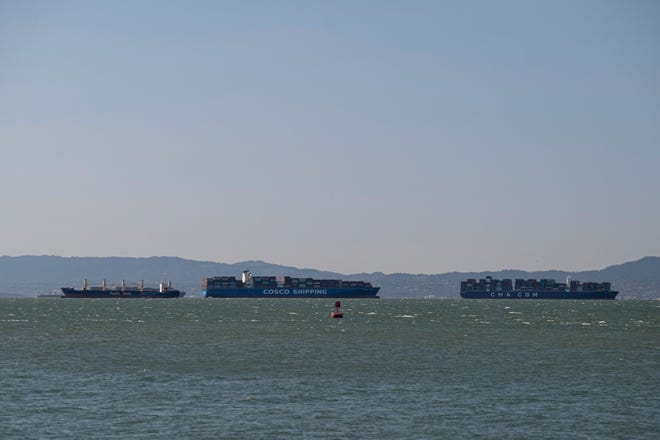 Los Angeles port officials see progress in reducing their bottleneck of cargo ships. Sail north to Oakland, though, and the line is even longer and there's talk of the congestion lasting through the summer.

As of Friday, 25 container carriers were waiting to enter the Port of Oakland at anchor in San Francisco Bay and in a holding area offshore, up from 21 at the beginning of the week and little changed from a month earlier, a spokesman said. Outside the adjacent ports of Los Angeles and Long Beach, the line was 21 ships long, also about the same as in mid-March.

When the L.A.-Long Beach backlog peaked at around 40 ships in early February, some of them sought quicker options along the West Coast. France's CMA CGM SA, the world's third-biggest container line, made Oakland its first stop on a service from China. The ports of Seattle and Tacoma beckoned ships to visit their available berths.