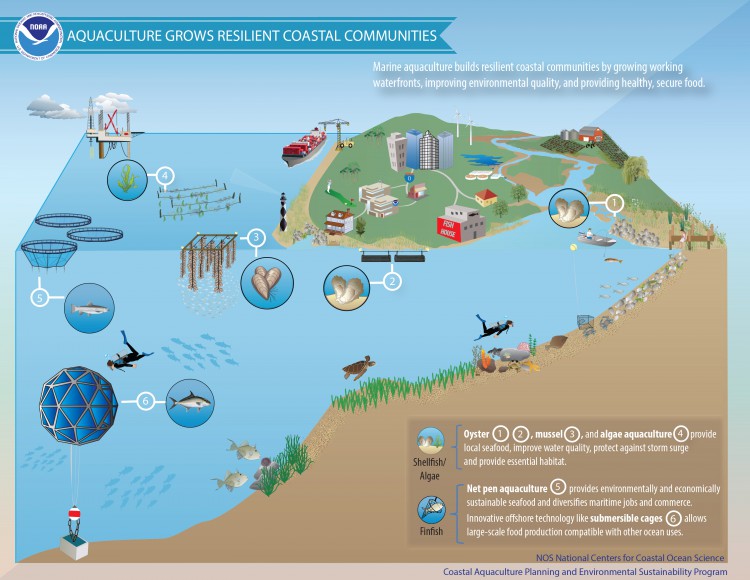 World - Global aquaculture deemed to be “in decline”

Aquaculture’s growth rate peaked in 1996, and now it’s in decline, according to a newly published paper by researchers from the University of British Columbia (UBC).

If we were to rely only on aquaculture to meet the demand for seafood by 2030, the world’s production would need to grow at three times the current projected rate, the study found.

Led by Dr Rashid Sumaila, professor in UBC’s Institute for the Oceans and Fisheries, and Dr Muhammed Oyinlola, postdoctoral fellow in the UBC department of zoology, the paper suggests that aquaculture might not be the panacea for global seafood security that many of its proponents argue.

“We feel there’s a sense of over-optimism about seafood farming and its production, with news articles titled, ‘Can sustainable aquaculture feed the world?’ and the like. People tend to focus on the growth rate of the industry, and to view aquaculture as the solution to our food security woes caused by overfishing, climate change and more. So we decided to test this. Using aquaculture production data from 1950 to 2018 and calculating the average growth rate for most farmed seafood species and countries around the world, we found this growth has already peaked in 1996, at 14 per cent, and is now in decline,” said Dr Sumaila in a press release.

“This is the average growth rate – production is still increasing, just not as quickly. This is the nature of any industry: initial growth is fast, but reaches a peak and tapers off when it faces the inevitable constraints; in this case, things like adequate space, access to water, availability of fish needed to make fishmeal and so on. Levelling off doesn’t mean aquaculture is not contributing to global seafood production, it’s just not contributing as much as many are hyping it up to be,” he added.

“Atlantic salmon saw the biggest drop in aquaculture production growth for a species, from 314 per cent prior to 1970 to just 0.9 per cent in 2018. We were surprised to find that growth in shellfish farming is also declining, because shellfish don’t require feeding with fish meal, so there are technically fewer barriers for farming shellfish than finfish,” said Dr Oyinlola.

“We also projected that if the world relies solely on aquaculture to meet seafood demand, we would face a seafood shortage of about 71 million tonnes a year by 2030, if farmed seafood production continues growing at its current rate,” he added.