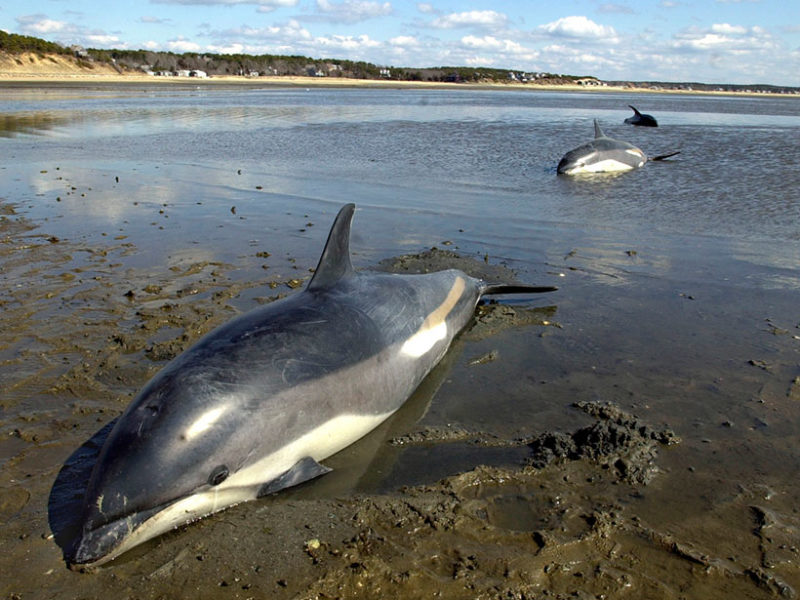 Solar-induced geomagnetic activity and mass strandings of whales and dolphins on shorelines both show seasonal patterns, but the beachings likely result from multiple environmental factors.

Some coastal regions experience repeated episodes in which cetaceans such as whales and dolphins strand themselves on beaches and shorelines, sometimes by the hundreds. A variety of causes have been suggested for these events, which remain a mystery in marine biology, from the use of active sonar by the military to interactions with fishing vessels or acoustical effects from the ocean floor.

Pulkkinen et al. investigate another postulated cause: solar-induced geomagnetic interference influencing the navigation of affected species. Although a mechanism for magnetic field sensing is not known, some dolphin bodies have been found to contain magnetite, a magnetic mineral. The researchers consider a potential scenario in which cetaceans are redirected from the open ocean toward a coast by magnetic effects and then beach themselves because they are confused in an unfamiliar environment.

The team examined three areas of frequent mass stranding events—New Zealand, the United Kingdom, and Cape Cod in the United States—studying a data set of 348 total events cataloged since 1990. For each location, the researchers retrieved geomagnetic data covering the period of the stranding data set. From the magnetic data, they computed the rate of change in the magnetic field components parallel to the ocean’s surface, and then they searched for statistical connections between this magnetic activity and the stranding events.