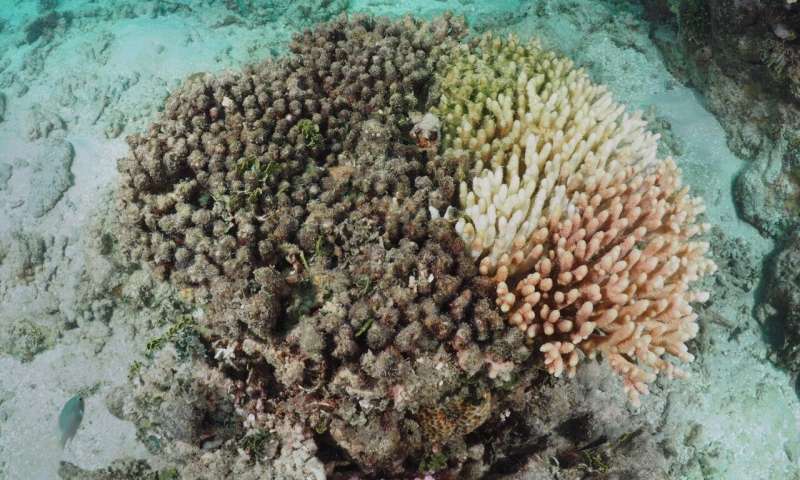 Coral reefs are dying at an alarming rate as water temperatures rise worldwide as a result of global warming, pollution and human activities. In the last three decades, half of Australia's Great Barrier Reef has lost its coral cover.

A new study from Columbia University provides more evidence that genetic-sequencing can reveal evolutionary differences in reef-building corals that one day could help scientists identify which strains could adapt to warmer seas.

The findings, published in Science July 17, provide a window into the genetic processes that allow some corals to resist dramatic climate shifts that could complement or improve current preservation efforts.

"We need to use as many tools as possible to intervene or we will continue to see coral reefs vanish," said Zachary Fuller a postdoctoral researcher in biology at Columbia and first author on the study. "Using genomics can help identify which corals have the capacity to live at higher temperatures and reveal genetic variants associated with climate resilience."

Coral reefs, found throughout the world in tropical oceans, are one of the most diverse and valuable ecosystems on Earth. They are actually living animal colonies and important for many reasons. Reefs provide a habitat for a large variety of marine species; protect coastlines from storms, floods and erosion; and help sustain the fishing and tourism industries.