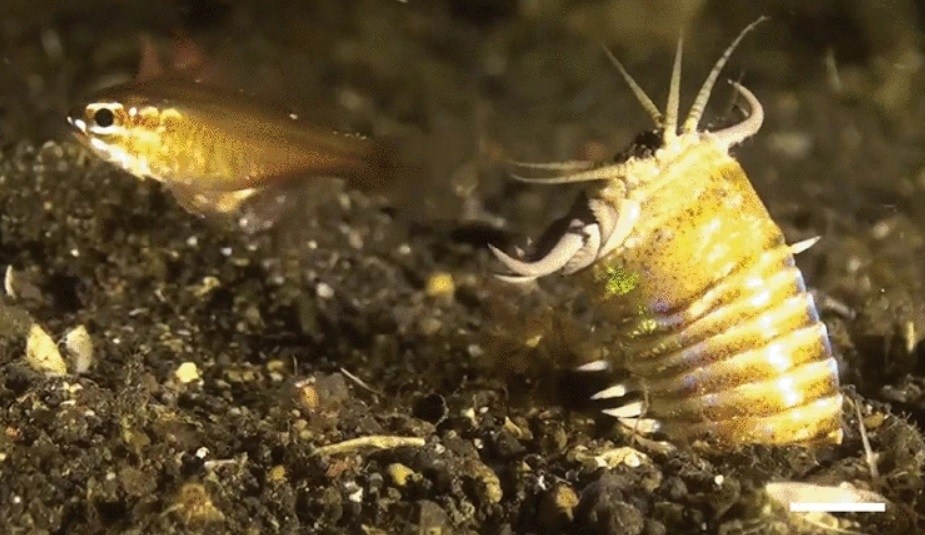 (CN) — A large, fossilized marine burrow dating to about 20 million years ago was likely home to giant, ambush-predator worms, according to research published Thursday.

Taiwan’s Yehliu Promontory, a cape extending from Taiwan’s northeastern coast, was entirely underwater 20 million years ago. Thanks to the lowered sea level, humans can now walk and marvel at ancient geological formations where there once was ancient sea floor.

There, in the spring of 2013, geoscientist Ludvig Löwemark of National Taiwan University noticed the trace, fossilized remains of a large marine burrow. He is one of eight authors of Thursday’s findings, which were published in the open access, peer-reviewed journal Scientific Reports.

“I was fascinated by this monster burrow at first glance,” said lead author Yu-yen Pan, a Ph.D. candidate at Simon Fraser University in British Columbia, in a statement. “Compared to other trace fossils which are usually only a few tens of centimetres long, this one was huge; two-meters long and two-to-three centimeters in diameter. The distinctive, feather-like structures around the upper burrow were also unique and no previously studied trace fossil has shown similar features.”

Trace fossils are preserved burrows, footprints or track marks, root cavities and other traces of an animal, rather than fossils of the animal itself. This fossil is an L-shaped burrow whose upper portion is surrounded by wispy, feather-like structures that were revealed by CT scans to resemble a funneling shape.