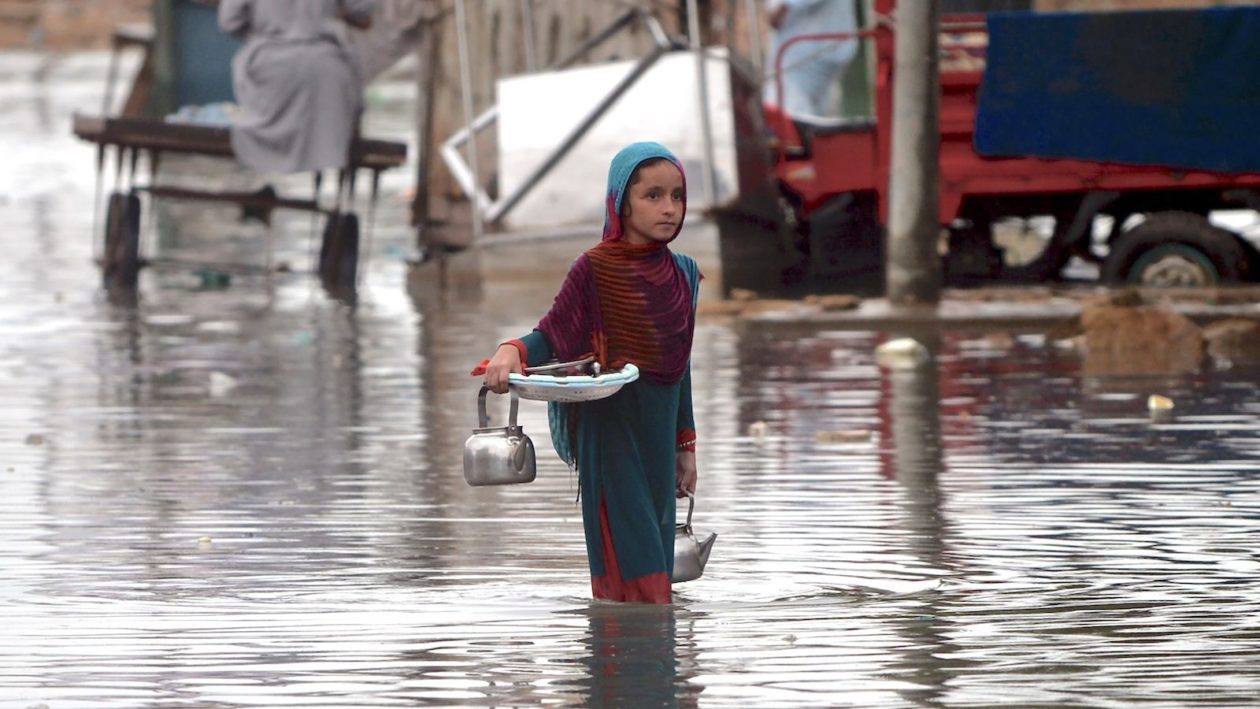 World - For a Scientist and Mother, Climate Change Is 'Intergenerational Robbery'

Hungarian scientist Diana Ürge-Vorsatz is concerned about how the climate change crisis is impacting children. She sees her research on renewable energy and energy demand as part of the essential work of protecting and restoring the future for the next generation.

Diana Ürge-Vorsatz is a Hungarian academic; director of the Center for Climate Change and Sustainable Energy Policy at Central European University; mother of seven; accomplished athlete; and prolific researcher of energy demand and renewable energy supplies. She currently serves as a vice chair of the Intergovernmental Panel for Climate Change (IPCC) working group III, which focuses on progress in emissions reduction and how to mitigate the impacts of climate change.

This summer, Ürge-Vorsatz co-authored “A Call for Concerted Action Against Environmental Crises” in the journal Annual Review of Environment and Resources (ARER), a journal where she serves on the editorial board. Together she and her colleagues despaired of the “intergenerational robbery” that has seen humanity’s reliance on fossil fuels steal the future from today’s children — including her own.

In an interview with Yale Environment 360, Ürge-Vorsatz talks about why she thinks there has been so little progress in cutting emissions, the importance of finding ways to reduce energy use, and how even well-off families like hers will not be spared the impacts of climate change.

Yale Environment 360: This must be personal for you – you have seven kids. How do you feel about raising kids in this altered world?

Diana Ürge-Vorsatz: It is very alarming for me. I am very, very worried for the future of my seven children. But I do hope that I have raised them in a way that they can contribute to the solution of this problem. As a mother, this is the meaning of my life, to ensure a good future for them.

Nature surveyed IPCC authors, and a very high share [nearly half] reported that their decisions relating to their fertility or where they want to live have been seriously influenced by climate impacts. I think 17 perent changed their original plans about having children. It’s serious.

e360: And yet you and I and your children will be buffered from many of the more serious effects of climate change by the privilege of our economic positions — no?

Ürge-Vorsatz: That’s true. On the other hand, it doesn’t really matter how much money you have. Tornadoes and fires can affect the rich. The pandemic was an excellent example. If you got the virus, even if you’re rich, you can die. Yes, to some extent, we can try to protect ourselves. This may give us less pressure to act. On the other hand, beyond a certain level, it’s scary for anybody.

Ürge-Vorsatz: They are between 8 and 23.

e360: Do you see a difference between them in their feelings about climate change?

Ürge-Vorsatz: Definitely. The older ones see it as the biggest threat, and unfortunately they are not very optimistic. I try to give them optimism and hope. My younger ones went through a climate anxiety period, and that’s not easy to address. There are so many pressures, from the pandemic and the war [in Ukraine, which borders Hungary]. It’s really not easy for children today growing up.

“The world is not working in vain. It’s starting to happen. But it’s insufficient. We literally have three years to turn global emissions back.”

They do try to act. They participate in Fridays for Future [the youth-led climate movement]. But somehow NGOs in Hungary are not as open to volunteers, so it hasn’t been an easy thing. It’s fairly ridiculous, but my son had to go to the United States to volunteer on the conservation side, to clean up national parks and so on. And if you take action, you can be discriminated against. It’s a very fine line they have to walk not to destroy the chances of their careers.

e360: This summer marked 30 years since the signing of the UN Framework Convention on Climate Change at the Earth Summit in Rio de Janeiro in 1992. How far have we come since then?

Ürge-Vorsatz: On the one hand, I do believe we have come far. We have the Paris Agreement, which creates a very ambitious goal, which in principle could solve a majority of the problems related to climate change because it states that we have to stabilize global warming well under 2 degrees [Celsius], ideally one and a half. That’s very ambitious.