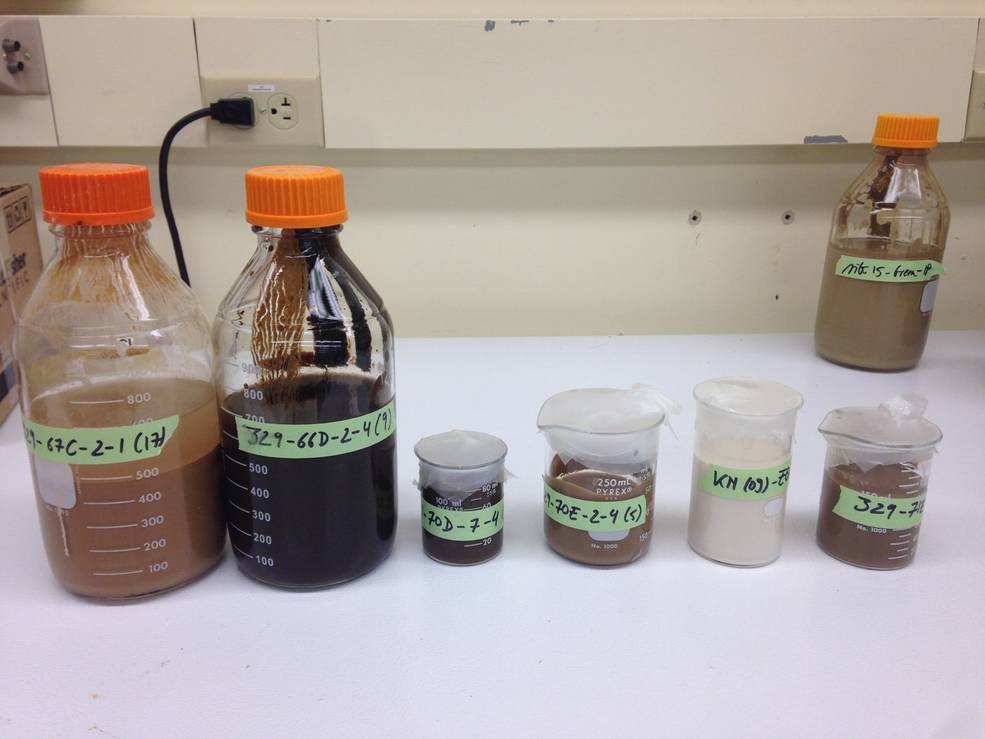 World - Follow the Energy: An Astrobiology Update from Beneath Earth's Seafloor

A team of NASA Astrobiology-funded researchers from the University of Rhode Island (URI) have revealed that the abundant microbes living thousands of meters from the ocean’s surface are sustained by an unexpected energy source – primarily by chemicals created by the natural irradiation of water molecules. The findings have direct implications in NASA's search for life beyond our planet.

The research was published last week in the journal Nature Communications.

The study explains how ancient microbial communities buried in deep subsurface environments here on Earth source the energy that they need to live. The process driving the research team’s findings is radiolysis of water – the splitting of water molecules into hydrogen and oxidants as a result of being exposed to naturally occurring radiation. The resulting molecules become the primary source of food and energy for the microbes living in the sediment.

“This work provides an important new perspective on the availability of resources that subsurface microbial communities can use to sustain themselves. This is fundamental to understand life on Earth and to constrain the habitability of other planetary bodies, such as Mars,” said Justine Sauvage, the study’s lead author and a postdoctoral fellow at the University of Gothenburg who conducted the research as a doctoral student at URI.

Life needs a source of energy. Deep sea sediments represent an environment where very little fuel is available for life. Microorganisms that live in deep sea sediments are able to survive in one of Earth's harshest environments, with limited access to nutrients, no light, high pressure, extreme temperatures, and limited influx of new material.

Previously, it was thought that much of the microbial biosphere in deep sea sediments relied on organic material that settled out of ocean waters, making its way down to the sea floor. In this scenario, the organic material from sources near the planet's surface is tied to the process of photosynthesis. Therefore the deep sea biosphere would be connected to energy from the Sun, which is typically thought of as the main power source for life on Earth.

Instead, the new study shows that life in deep sea sediments could be sustained by an entirely different source of energy. This source of energy could be essential on rocky planets that have (or once had) liquid water, particularly those that have not developed photosynthesis or with light limited habitats.