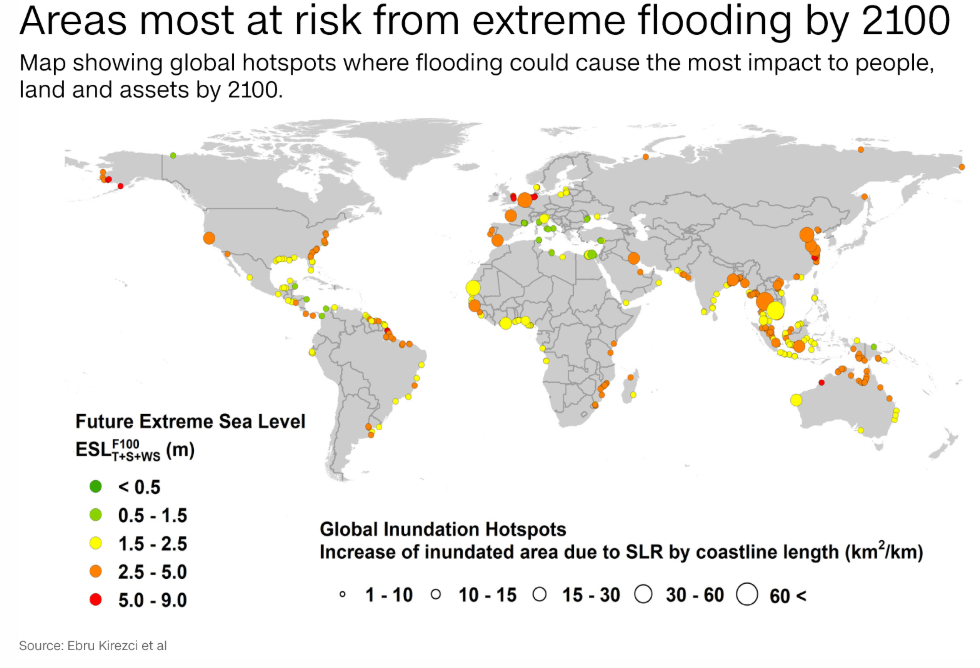 If the world does nothing to mitigate sea level rise, coastal flooding will become so extreme and destructive that it could cause damage worth up to 20% of global gross domestic product by 2100, according to new research.

The study, published Thursday in the journal Science Reports, is the first to map the projected economic impact of sea level rise caused by the climate crisis.

The authors say rising sea levels could cost the global economy $14.2 trillion in lost or damaged assets by the end of the century, as larger areas of land, home to millions of people, are inundated.

"This is on a 'business as usual' CO2 emissions scenario," said Ebru Kirezci, from the University of Melbourne, who led the study. "Business as usual" assumes a rise in average global temperatures at the upper end of predictions, if global emissions are allowed to continue on their current course.

As temperatures and sea levels rise, the study estimates that as many as 287 million people could be exposed to episodic coastal flooding by 2100 -- up from a maximum 171 million today. More than one million square kilometers of coastline could also be compromised -- an area almost twice the size of France.

Areas most at risk of extensive flooding include the northeastern coast of the United States, northwestern Europe, and large parts of Asia -- including countries around the Bay of Bengal, Indonesia, China, and northern Australia, according to the authors.