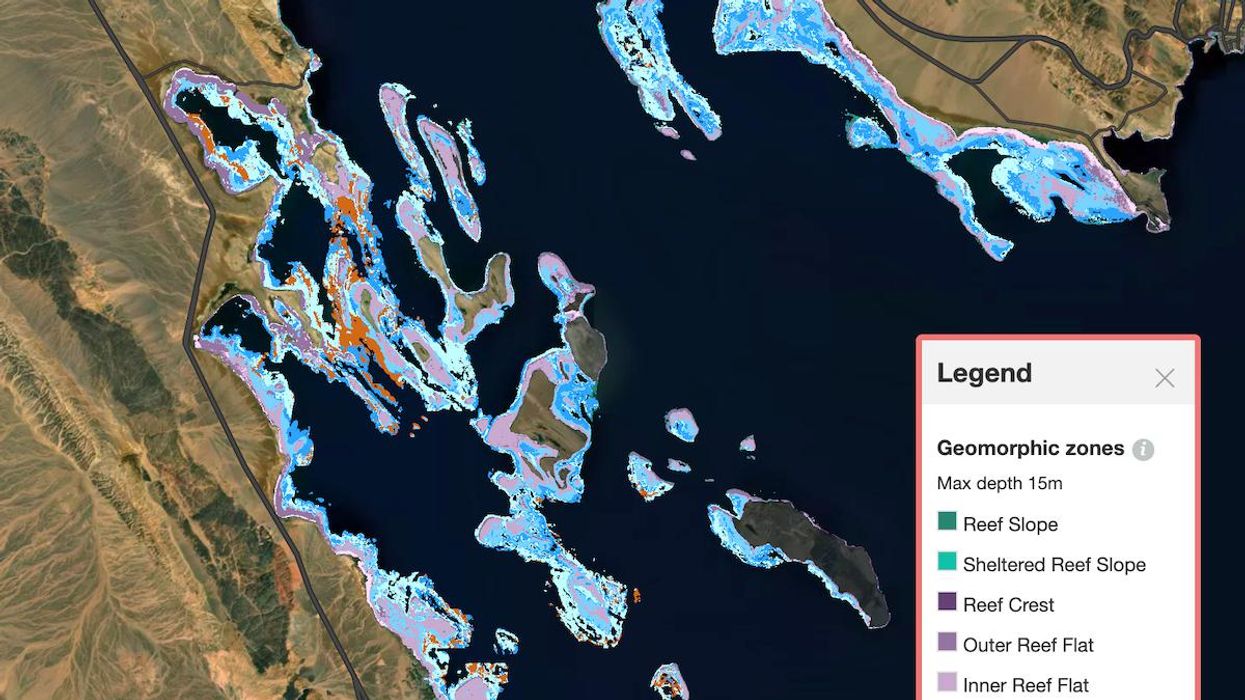 A unique partnership has produced the first-ever high-resolution satellite map of the world's shallow coral reefs.

The Allen Coral Atlas announced its completion Wednesday as a tool that policy makers, conservationists and the general public can use to understand and preserve the world's reefs at a time when they are under increasing threat from the climate crisis and coastal development.

"We're trying to create a kind of moral mirror that we hold up to humanity," Andrew Zolli, vice president of sustainability and global impact at Planet, the company that provides the satellite images for the project, said in a press conference.

The atlas is the product of three years of work, more than 450 research teams and nearly two million satellite images. It was named for the late Microsoft co-founder and philanthropist Paul Allen, who was an early instigator of the project.

However, the atlas was a team effort. The high-resolution satellite imagery is provided and regularly updated by Planet. Arizona State University then cleans the images and the University of Queensland uses machine learning and regional data to generate different map layers. The National Geographic Society trains conservationists in how to best use the map, while Allen's company Vulcan funded the website that makes it accessible.

"One of the things that the Atlas represents is a kind of digital public good," Zolli said.