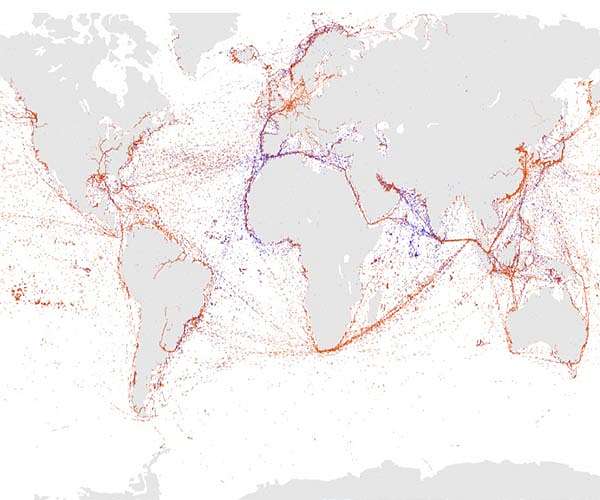 The ESAIL microsatellite for making the seas safer has picked up more than two million messages from 70,000 ships in a single day.

The reliable high-performance satellite was developed as an ESA Partnership Project to help European and Canadian space companies succeed in the competitive global telecommunications market.

ESAIL tracks ships worldwide by detecting messages that ships radio-broadcast with their automatic identification systems, enabling them to be identified even when far out to sea, at long distances from coastal-based monitoring stations.

In the first step, the platform was validated by its Luxembourgish manufacturer, LuxSpace, which involved a number of small and medium-sized European enterprises, that confirmed ESAIL's excellent performance for operational maritime services.

In the second much more complex step, the data reception and processing of the ships' automatic identification systems were validated by ESAIL's Canadian operator exactEarth. It was during this process that ESAIL captured more than two million messages from 70 000 different ships in a single day, representing 15% to 20% better detection rate than previous satellites.

The satellite's performance was optimised using adaptive on-board and on-ground processing to maximise the number of ships' messages detected in areas of high traffic, such as the North Sea and South China Sea.