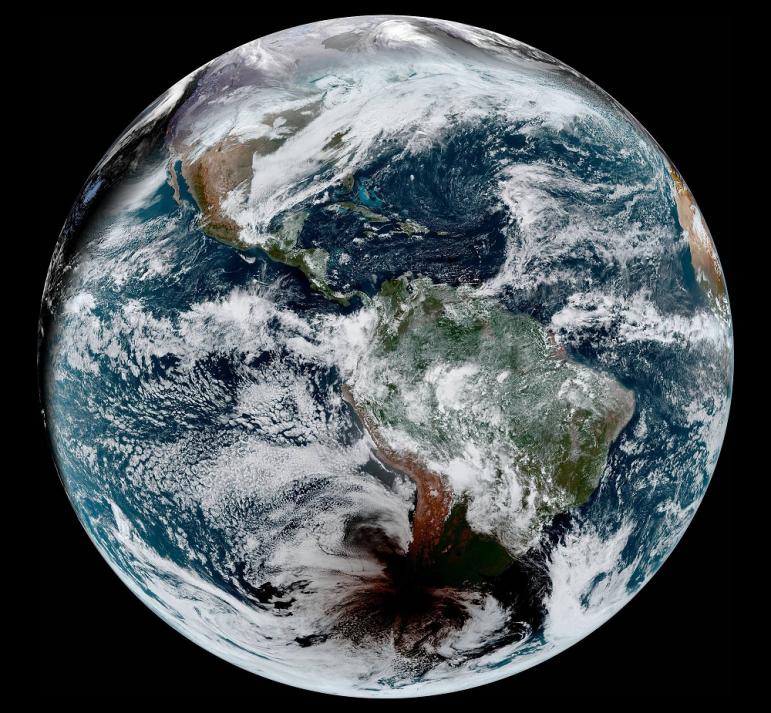 What does a total solar eclipse look like from space? A satellite also watched Monday's event and captured stunning views of the phenomenon.

While many people were eagerly waiting for the total solar eclipse on Monday, there was one other viewer looking out for the event from thousands of miles away from Earth. Apparently, NASA and the National Oceanic and Atmospheric Administration's (NOAA) Geostationary Operational Environmental Satellite 16 (GOES 16) was also watching the eclipse unfold and NASA Earth Observatory shared the image it had captured from its unique vantage point.

In the image, one can clearly see the splotch of darkness on the planet, marking the shadow of the moon that covered parts of South America.

The NOAA also shared a timelapse of the event created from the images that the satellite captured every 10 minutes on Monday. This showed the moon's shadow making its way across the Pacific Ocean and over South America while the other parts of the Earth were slowly shifting from night to day.

On the ground, thousands of people in Southern Chile and Argentina turned their gazes to the sky in hopes of catching a glimpse of the total solar eclipse. Although heavy rain in Chile nearly pulled the plug on their chances to catch a glimpse of the event, the clouds gave way at the last minute just in time for the people to watch it, albeit partially.