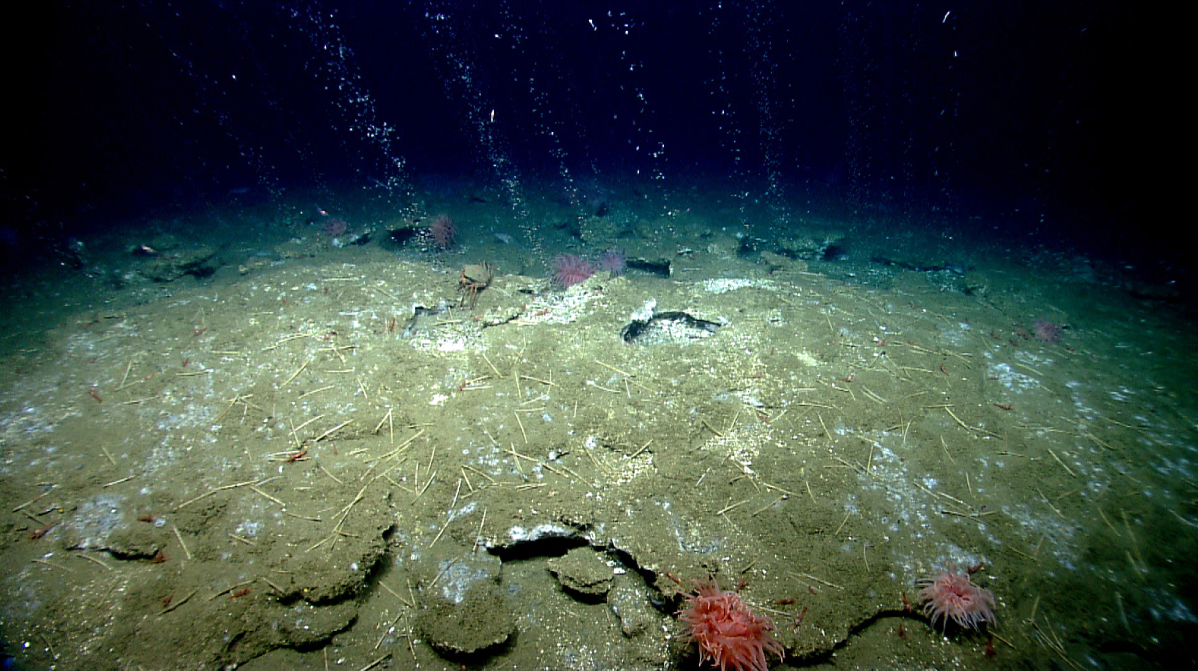 The deep sea is far away and hard to envision.

If imagined it seems like a cold and hostile place. However, this remote habitat is directly connected to our lives, as it forms an important part of the global carbon cycle. Also, the deep seafloor is, in many places, covered with polymetallic nodules and crusts that arouse economic interest. There is a lack of clear standards to regulate their mining and set binding thresholds for the impact on the organisms living in affected areas.

An international team of scientists around Tanja Stratmann from the Max Planck Institute for Marine Microbiology in Bremen, Germany, and Utrecht University, the Netherlands, and Daniëlle de Jonge from Heriot-Watt University in Edinburgh, Scotland, has investigated the food web of the deep seafloor to see how it is affected by disturbances such as those caused by mining activities.

For this, the scientists travelled to the so-called DISCOL area in the tropical East Pacific, about 3000 kilometres off the coast of Peru. Back in 1989, German researchers had simulated mining-related disturbances in this manganese nodule field, 4000 metres under the surface of the ocean, by ploughing a 3.5 km wide area of seabed with a plough-harrow. "Even 26 years after the disturbance, the plough tracks are still there," Stratmann described the site. Previous studies had shown that microbial abundance and density had undergone lasting changes in this area. "Now we wanted to find out what that meant for carbon cycling and the food web of this deep ocean habitat."

"We looked at all different ecosystem components and on all levels, trying to find out how they work together as a team," de Jonge explained who carried out the project as part of her Master's Thesis at the NIOZ Royal Netherlands Institute for Sea Research and the University of Groningen, The Netherlands. The scientists quantified carbon fluxes between living and non-living compartments of the ecosystem and summed them up as a measure of the "ecological size" of the system.