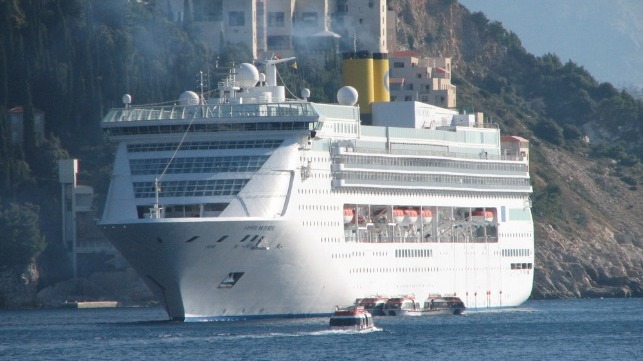 The cruise industry is beginning a downsizing the likes of which have never been seen in the modern cruise business. While other segments of the shipping industry have experienced significant downturns prompting the wholesale scrapping of vessels, cruise shipping up until now has been on a continuous growth path.

Faced with no definitive timeline for a return to service and uncertainty over the rate at which travelers will return to cruising, the cruise lines are struggling to improve their liquidity and reduce their monthly cash burn. Carnival Cruise Line in its preliminary second quarter update reported that by extending maturities on its debt, reducing capital expenditures, employment, and operating costs, that it had lowered its monthly burn rate to $650 million from approximately $1 billion. Royal Caribbean Cruise Line is burning between $250 and $275 million a month.

Faced with the need to further lower expenses the cruise lines are now reportedly looking at their primary asset and expense, which are their ships. Carnival announced on June 18, that, “The company already has preliminary agreements for the disposal of 6 ships which are expected to leave the fleet in the next 90 days and is currently working toward additional agreements.”

In recent days the Italian media had been reporting that one of Carnival Corporation’s lines, Costa Cruises, had already sold its ship the Costa Victoria to become an accommodation ship at one of Italy’s shipyards. However, in a surprise announcement, the mayor of Piombino, Italy Francesco Ferrari, announced that the ship had arrived at the Tuscan port to be dismantled. Introduced in 1996, the 75,000 gross ton ship had been an active part of the Costa fleet up until cruise operations were suspended in March.

The surprise announcement that a relatively modern cruise ship would be scrapped is causing a stir among observers of the cruise industry and rampant speculation on which other cruise ships Carnival has agreed to sell. Historically, Carnival Corporation was following a measured growth strategy regarding overall capacity. They were selling approximately four ships a year basing the decisions on a ship’s overall revenue performance, requiring a double-digit return on invested capital, and guest satisfaction from the ship’s cruises.