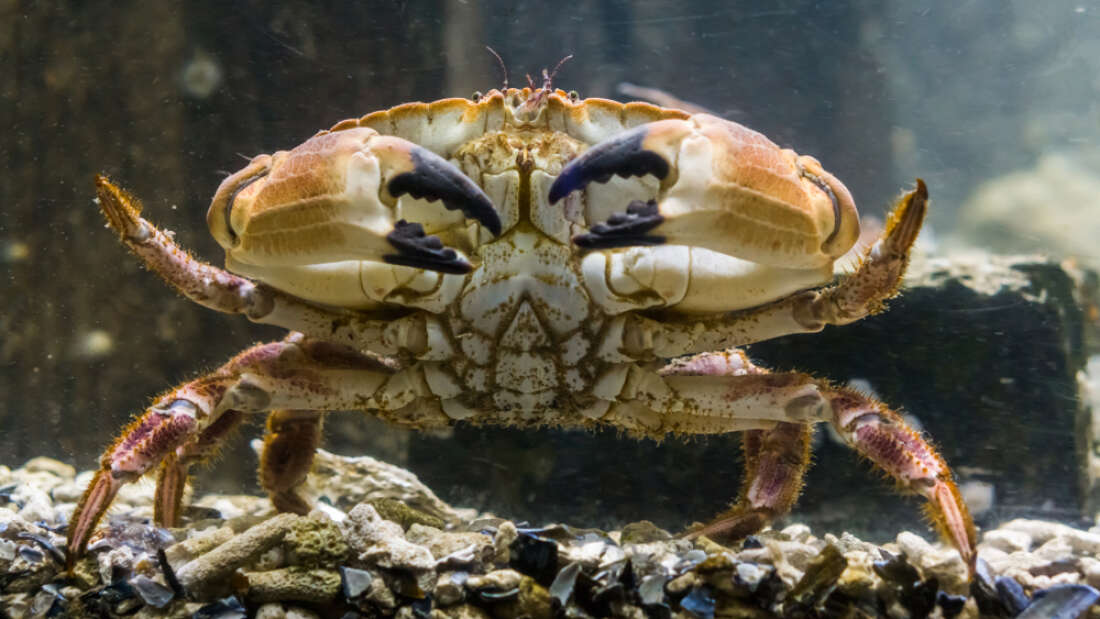 Underwater power cables may be having a mesmerizing effect on brown crabs, causing them to lethargically linger around the seafloor longer than they should, a new study has found. Most concerningly, electromagnetic fields emitted by the cables appear to lead to cellular changes in the edible crabs, potentially making them more vulnerable to infections and affecting their migration habits.

The new study, published in the Journal of Marine Science and Engineering, saw scientists studying a population of 60 brown crabs in an aquarium tank at the St Abbs Marine Station in Scotland. After subjecting the crabs to different electromagnetic field strengths, they observed how much time they spent resting or moving over a 24-hour period.

The crabs were found to show “a clear attraction” to the stronger electromagnetic fields, similar to those emitted by underwater cables. They became significantly less active when near the strong electromagnetic fields, as if they were mesmerized and transfixed by its presence. As the researchers explain, this could have a profound effect on the crabs’ migration, foraging, and mating activity.

“Underwater cables emit an electromagnetic field. When it’s at a strength of 500 microTeslas and above, which is about 5 percent of the strength of a fridge door magnet, the crabs seem to be attracted to it and just sit still,” Dr Alastair Lyndon, study author from Heriot-Watt University, said in a statement sent to IFLScience. “That’s not a problem in itself. But if they’re not moving they’re not foraging for food or seeking a mate.”

“Male brown crabs migrate up the east coast of Scotland. If miles of underwater cabling prove too difficult to resist, they’ll stay put,” he added.

To dig deeper into this issue, the team also looked at how the crabs’ bodies were reacting to the electromagnetic field, revealing a number of ways in which it could be potentially harming the animals.

“We found that exposure to higher levels of electromagnetic field strength changed the number of blood cells in the crabs’ bodies. This could have a range of consequences, like making them more susceptible to bacterial infection,” added Dr Kevin Scott of St Abbs Marine Station.

Surprisingly little research has been done on how underwater cables may be impacting marine life. In fact, most of the concern has surrounded how wildlife is prone to damaging the cables, not the other way around. Nevertheless, it’s clear that human activity is changing the natural electromagnetic environment and many marine creatures, from sharks to lobsters, are sensitive to electromagnetic fields. With the push towards renewable energy, a growing number of offshore wind farms are springing up around the coastal regions of the world, bringing with them more underwater cables. According to the researchers of this latest study, this could potentially bring further challenges to some of the planet's sea life.