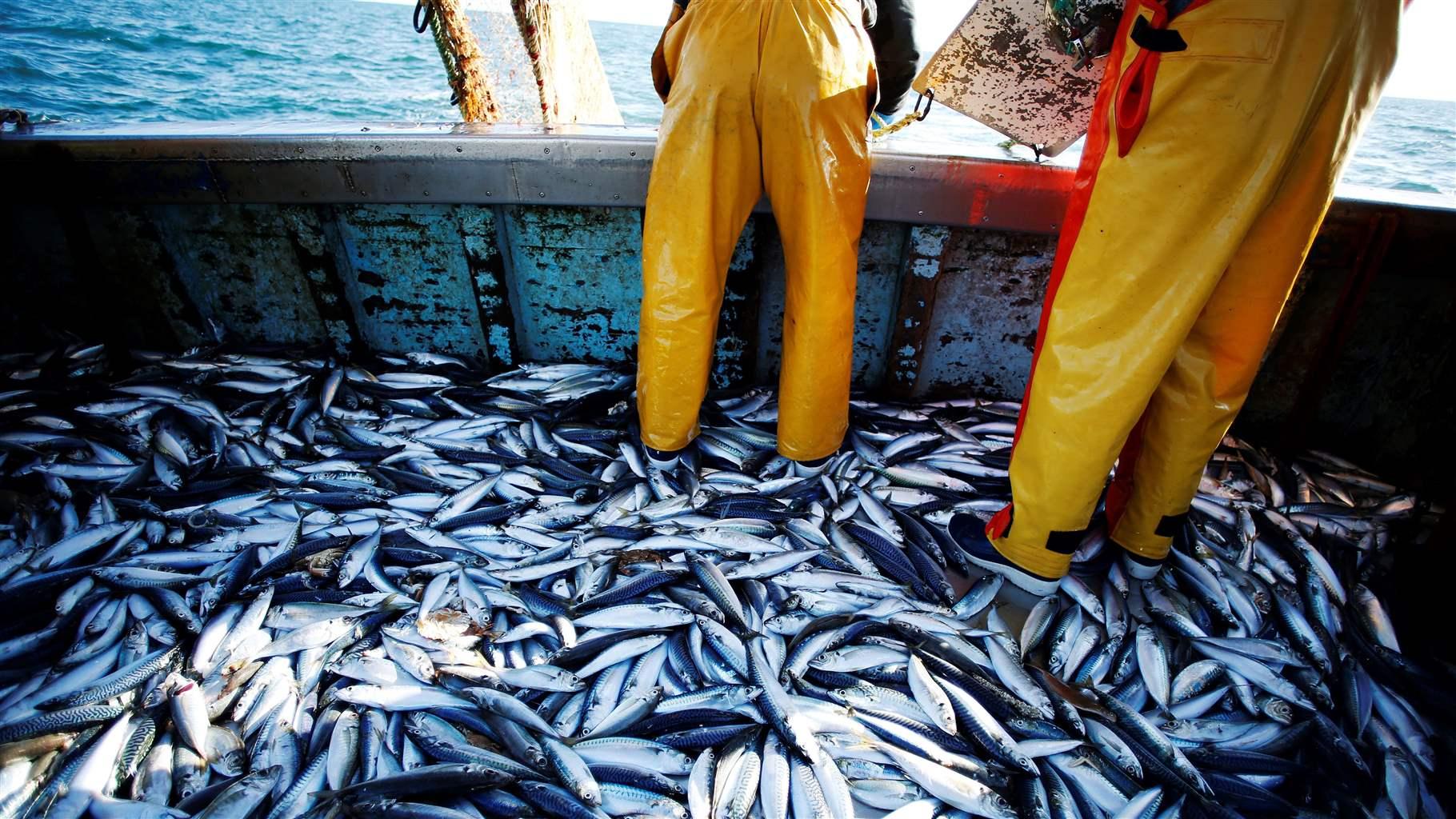 The Northeast Atlantic Ocean is home to large populations of several pelagic fish species, notably mackerel, herring, and blue whiting. These fish are caught by the fleets of the European Union, Faroe Islands, Greenland, Iceland, Norway, Russia and United Kingdom—in these countries’ waters or in the international waters between and around them. These species are economically important for the fishing industry and coastal communities, and play crucial roles in the region’s ecosystem as key prey for species ranging from sharks to seabirds and whales.

But for more than 25 years, management of these species has been hampered by disputes among coastal states, mostly over how catch is divided. Every year, the coastal states determine the total allowable catch (TAC) for these commercially important species, and almost every year some or all of the countries involved then unilaterally decide their shares of that TAC —which results in an overall total catch that goes beyond the scientifically advised limit, and often beyond what is sustainable in the long term.

The case of mackerel is useful to understanding the consequences of such disputes. This year, the European Union, United Kingdom, Norway, Iceland, Faroe Islands, and Greenland—the six coastal states managing the mackerel fisheries—were supposed to discuss and agree on a new, long-term management strategy that would ensure the sustainability of the stock. Instead, they are once again at odds over how the agreed TAC should be shared, with some parties having unilaterally increased their shares early this year, provoking strong reactions from the other parties, with the controversy then preventing the discussion on a management strategy from even beginning. Adoption of a management strategy would help unblock this issue by allowing for more efficient adoption of TACs moving forward and, in doing so, leaving more time at meetings for discussion of difficult issues such as allocation.

This is problematic. These governments have agreed—through various commitments—to work to adopt precautionary fisheries management strategies in line with the internationally agreed objectives of fishing sustainably to maintain or restore fish populations. These coastal states should also be taking steps to implement an ecosystem-based approach to fisheries management. In particular, they should be doing all they can to ensure that the mackerel population is healthy and resilient to the increasing climate-driven changes in the Northeast Atlantic and the Arctic, and that the species can maintain its key role in the ecosystem.

Adopting and sticking to this approach is all the more urgent as scientists have highlighted mackerel’s changing spatial distribution as a potential example of climate-driven shifts. Managers should draw on the best available science from the International Council for the Exploration of the Sea (ICES) to address these challenges by requesting that ICES factor more precautionary ecosystem and climate considerations into its advice on the management for this species, and by making use of the new ICES approach on ecosystem services and effects to explore the role that mackerel play in the region’s ecosystem—for example, in marine food webs.