Coastwide
Scuba divers clean the outside of a mesocosm with brushes to minimize algae growing on the outside and blocking light. PHOTOGRAPH BY MICHAEL SSWAT, GEOMAR 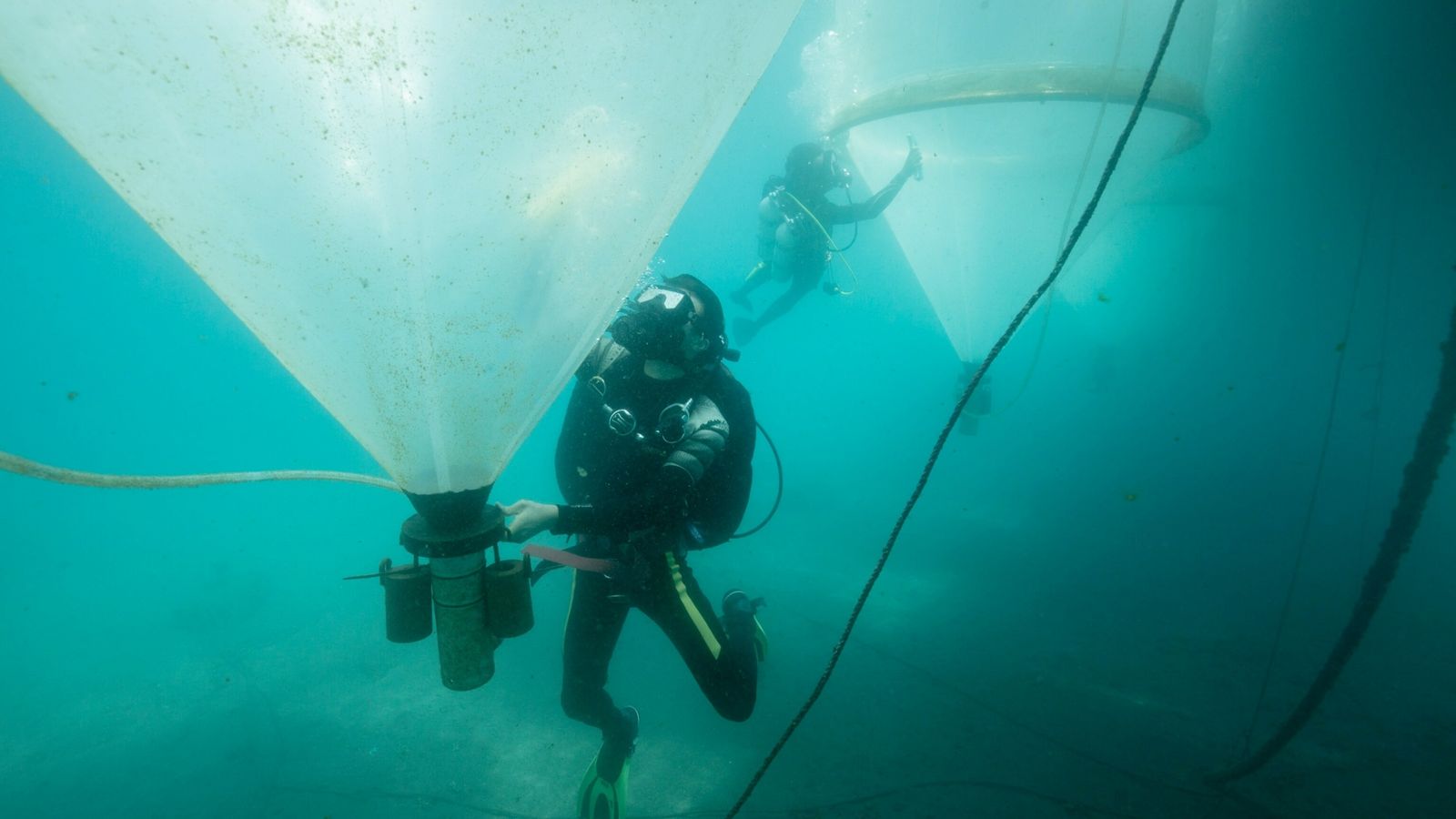 A little-examined form of geoengineering takes what rocks normally do—lock up carbon—and spreads it through the oceans.

Before sunrise in a quiet village in Gran Canaria, an island off the coast of northwest Africa, a team of scientists shuffles along the port’s wooden boardwalk toward a row of nine containers floating in the ocean.

“Hurry up, it’s going to get light soon,” says one bleary-eyed researcher to another, as they submerge a hefty, cube-shaped device for measuring the activity of bioluminescent organisms into one container. “That will affect our readings.”

The thermoplastic polyurethane “mesocosms,” filled with 8,000 litres of Canarian seawater mixed with varying amounts of limestone—a greyish, carbonate rock with high levels of alkaline—were part of the world’s first scientific field experiment with ocean alkalinity enhancement; research was completed in October. Many scientists hope that this little-examined process has the potential to turn the tide against climate change.

The goal of  ocean alkalinity enhancement is to accelerate the carbon-absorbing weathering of rock, which naturally occurs as rainfall washes over land into waterways and eventually the ocean. Similar action happens through the gradual erosion of coastlines through wave action. “It’s continuously happening,” says Ulf Riebesell, a marine biologist at GEOMAR Helmholtz Centre for Ocean Research in Kiel, Germany, who is leading the EU-funded team of 35 researchers. “The rock reacts with water, and during that reaction takes up CO2 from the atmosphere. The question is, can we significantly speed up that natural process? That’s what we’re simulating.”

“It’s a voyage into the unknown,” says Riebesell. “There’s so much we don’t yet know. But what’s certain is that alkalinity enhancement has enormous potential. And we need to test it now, because we’re running out of time.”