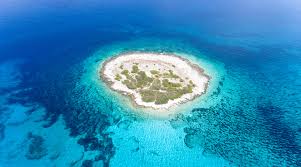 Sea level rise caused by the climate crisis is considered a major threat to low-lying Pacific atolls. Despite this, however, some of these islands are actually growing.

Now, a recent study published in Geophysical Research Letters Nov. 20 has figured out why. The coral reefs that give these islands their structure are continuing to produce sediment.

"The big picture with this is the modern day coral reef can build an island even though the sea level is rising," study coauthor and University of Auckland senior lecturer Dr. Murray Ford told Stuff.

Atolls are islands situated on top of rings of coral, with a lagoon in the center. Past studies have indicated that several of these islands have actually been growing, despite the threat of rising sea levels. A 2018 analysis of 30 Pacific and Indian Ocean atolls including 709 islands found that none of the atolls had lost land area in the preceding decades and that 88.6 percent of the islands had either increased their size or stayed the same.

"That started a bit of a goldrush in terms of studies," Ford told CNN. "The signal was kind of consistent -- there's no widespread chronic erosion of atoll islands in the Pacific."

To understand what was going on, Ford and his team focused on Jeh Island in the Marshall Islands, where sea levels have risen by 0.3 inches a year since 1993. They used aerial photographs to confirm that the island had increased in size by 13 percent between 1943 and 2015. In fact, sediment had actually caused two separate islands to merge and a spit at the island's western end to grow longer, Stuff explained.