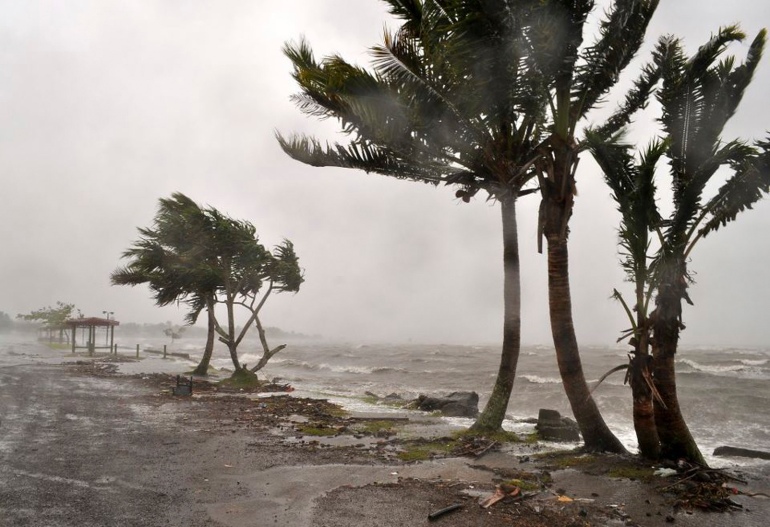 Climate Action Tracker has published a report that shows that the risks of rising temperatures in the world are even higher. Even with the current goals of emissions reduction, by 2100 the temperature in the world could rise by 2.4 degrees. It means that the strategies announced at COP-26 would not meet the goals of the Paris Agreement.

The 26th Conference of the Parties (COP-26) to the United Nations Framework Convention on Climate Change (UNFCCC) was held in Glasgow from October 31 to November 13, 2021 with delegations from almost 200 countries participating. The strategic goal of the Summit was to sum up the results achieved during six years since the adoption of the Paris Agreement in 2015. Combating deforestation, phasing down of coal and increasing financial support for developing countries are among the successes of COP-26 however it revealed certain disagreements.

At the opening ceremony of COP-26, Chairman Alok Sharma stated that the decisions made in Glasgow should be more vigorous than those of Paris. In Scotland’s largest city, the parties to the UNFCCC, after several unsuccessful attempts made in previous years, were again trying to hammer out the rules for implementing the Paris Agreement. In addition, the participants were discussing plans for adaptation to the consequences of climate change that can no longer be prevented. The agenda was really demanding.

COP26 | How has the global climate summit advanced the goal of adaptation and biodiversity?  Lexology

We were at COP26: It had mixed results  The Conversation CA

From the community | Urgency without action: A student's perspective on attending COP26  The Stanford Daily

There were four issues on the COP-26 agenda. Countries should: 1) submit programs on carbon emissions reduction to net zero by the middle of this century; 2) propose programs to restore affected ecosystems; 3) mobilize finance to achieve all the climate goals; 4) agree on a procedure for reporting on the implementation of the Paris Agreement.

However, a breakthrough was unlikely even before the Summit began. The G-20 meeting that had taken place the day before cast serious doubt on a multilateral climate agreement between the world ’s largest economies. The meeting in Rome resulted in the 20 states failing to reach an agreement on reducing the deadline for achieving zero emissions and abandoning coal-fired power. Although the G-20 states upheld the goal of limiting the temperature rise, some countries avoided making firm commitments on how to keep its growth beyond the threshold of to 1.5°C.

Over 100 world leaders agreed on a declaration on stopping deforestation. The key point of the document was the joint work on stopping and reversing “the loss of forests and land degradation by 2030”. The states plan to increase investments in agriculture, in the conservation and restoration of forests, as well as in support of indigenous communities who are struggling due to deforestation.

This is one of the most significant achievements of COP-26 as among the signatories to the agreement was Brazilian President Jair Bolsonaro, whom environmentalists recently accused in the International Court of Justice for crimes against humanity over the deforestation of the Amazon region.

Meanwhile, Russian President Vladimir Putin in a video address to the forum on the protection of forests expressed confidence that the Glasgow Declaration “will undoubtedly serve the goals of the Paris Agreement on reducing carbon dioxide emissions”. He added that Russia, in an effort to achieve carbon neutrality by 2060, relies, among other tools, on the unique resource of its trees, since about 20% of all forests of the world are located in Russia.

Another meaningful issue on the COP-26 agenda was the abandonment of coal, and certain results were achieved as well. Firstly, major international banks pledged to stop financing coal-fired power plants by the end of 2021. Secondly, 40 countries made a commitment to gradually abandon coal-fired energy – developed countries by 2030, developing by 2040.

At the same time, the Financial Times characterizes the wording of the declaration as vague as it does not set the exact deadline. The document states that the countries should abandon coal by a certain date or as soon as possible after its expiration. In addition, the main users of coal energy – China, India, the US, Australia, Russia have not signed the declaration.

Alexey Kokorin, head of the WWF Russia Climate and Energy Program calledthe declaration a “conditional agreement”. The countries-signatories allocate certain financial resources to developing states so that they can abandon coal. If Russia had signed the agreement, it would have become a voluntary donor, not a recipient of climate finance.

At the same time, Jamie Peters from the environmental organization Friends of the Earth maintained that the key meaning of this “unimpressive agreement” was that everyone was allowed to continue using coal for many years to come.

Reducing emissions: methane on the agenda for the first time

Back in April 2021 during the virtual Climate Summit Russian President Vladimir Putin designated the reduction of methane as one of the main directions in combating global warming. During COP-26 the leaders held an event dedicated to the methane emissions reductions for the first time in many years. The US and the EU put forward a joint initiative on reducing methane emissions by 30% by 2030 which was supported by 105 countries.