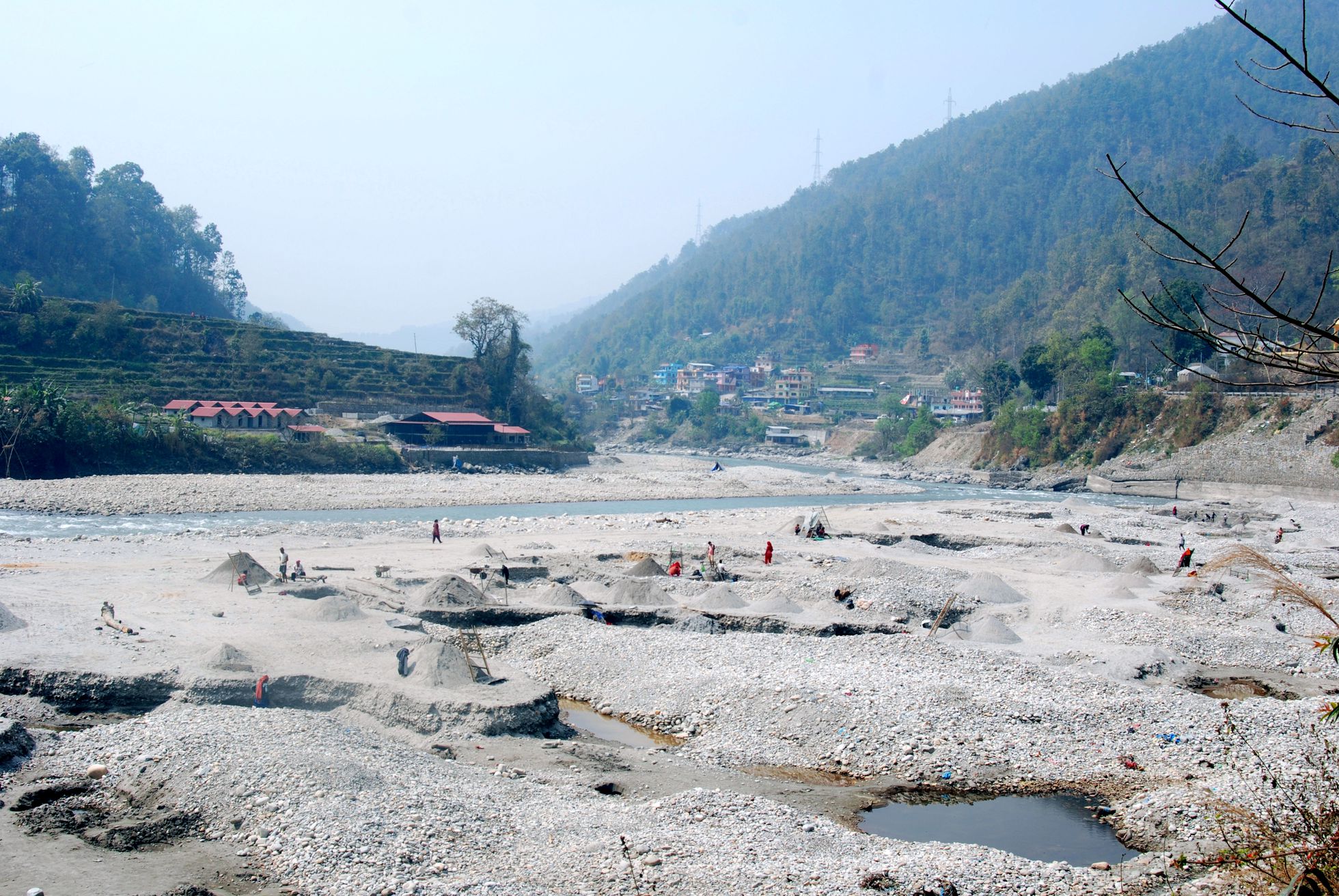 The rate at which we are extracting gravel for construction is 23 times greater than it was in 1900, and a lot of it is being done illegally. Experts warn about irreversible environmental and social impacts

In 2020, the global human-made mass outweighed the Earth’s living biomassfor the first time. And most of it was made from gravel and sand. The extraction of these materials is 23 times greater today than in 1900 and the Organization for Economic Co-operation and Development (OECD) estimates that demand will double in the next 30 years. Many believe there is no planet that can withstand such plundering.

After water, sand is the natural material that is most widely extracted by humans. According to a recent study on the use of this solid material, gravel is extracted 10 times more than wood and about 20 times more than oil – a rough estimate, as most countries don’t keep records. There are, however, reliable statistics on cement production. Given that approximately 100 kilos of concrete require 1.5 kilos of air, 10 kilos of cement, 18.5 kilos of water, another 25 kilos of fine aggregates (sand) and another 45 kilos of coarse aggregates (gravel), we can estimate the total amount of aggregates used in construction.

According to a 2019 United Nations Environment Program (UNEP) report, the cement production recorded by 150 countries exceeded 4.1 billion tons in 2017. That implies that the aggregates needed to make concrete ranged from 28.7 to 32.8 billion tons that year. Added to that is the sand used in the glass industry and the gravel used in asphalt for roads. Meanwhile, there is little information about the relatively new phenomenon (except in the Netherlands) of land reclamation, sometimes by taking sand right out of the sea.

In Southeast Asia, Singapore has increased its territory by 23% at the expense of the sea in the last few decades, according to the same UNEP report. To achieve this, it has imported 517 million tons of sand in the last 20 years. Much of that sand came from the Mekong River delta, which is becoming landlocked.