Coastwide
A resident fetches water as waves comes in on November 1, 2020 in Atimonan, Philippines. Super Typhoon Goni, this year’s most powerful storm in the world, has made landfall in the Philippines with wind gusts of up to 190 miles per hour early Sunday. At least two people have been killed so far and hundreds of thousands have been evacuated ahead of the storm. (Photo by Jes Aznar/Getty Images) 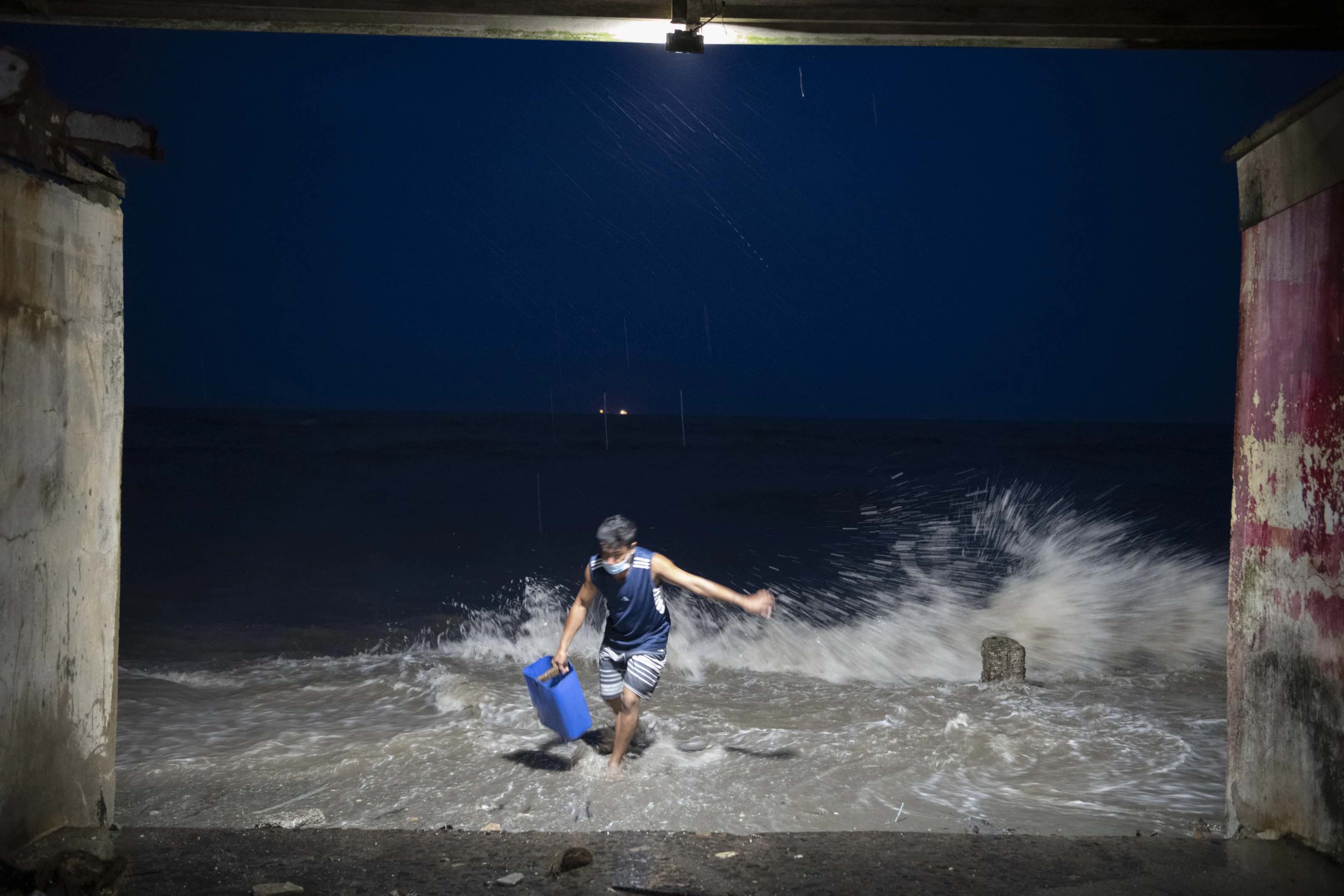 From sea-level rise to extreme weather events and temperatures, climate change threatens the survival of surfing as we know it today.

Surfers are wave watchers and wave chasers by nature. The ultimate goal is to be in rhythm with the ocean, score excellent waves and gain more knowledge about their ever-changing environment in motion.

As our planet shows significant signs of an imbalance, the effects of climate change can be felt more acutely in surfing than in many other sports. In some ways those shifts are bringing more favorable conditions, in other ways, they are eliminating them.

Environmental conversations and nature conservation is nothing new for surfers, who commonly have a deep connection and respect for the ocean. But while the sport that achieved Olympic status in 2020 continues to invest in greener solutions, it remains miles away from being sustainable.

As the desire for bigger waves increases, so do the ripples that are caused by the demand for a more environmentally-conscious surf industry. More and more big surf brands and competitions are jumping on the environmental bandwagon and supporting a more sustainable future for the surf industry.

But what are the big challenges surfing is facing now and in the near future?

Only nine times has this epic event taken place since its inauguration in 1984. John John Florence won the last one in 2016 in thrilling 45-60 foot wave height conditions. The problem is, a powerful and perfect swell like that has been happening rarely. Research shows, that this could be changing fast.

Climate scientists have been studying the warming ocean‘s effect on wind patterns. Their predictions of more frequent and intense tropical storms over the next decade can fuel those Big Wave spots with extra fire. The research remains ongoing, but surfers have already sighted the shift. Last year, pro surfers experienced significantly larger swells during a pumping winter period at Mavericks in California. Despite the changes that were seen in an unusually delayed start, the athletes adapted on a high note to a longer-stretched season, making the most out of more peppery giants and extended training time in the water.